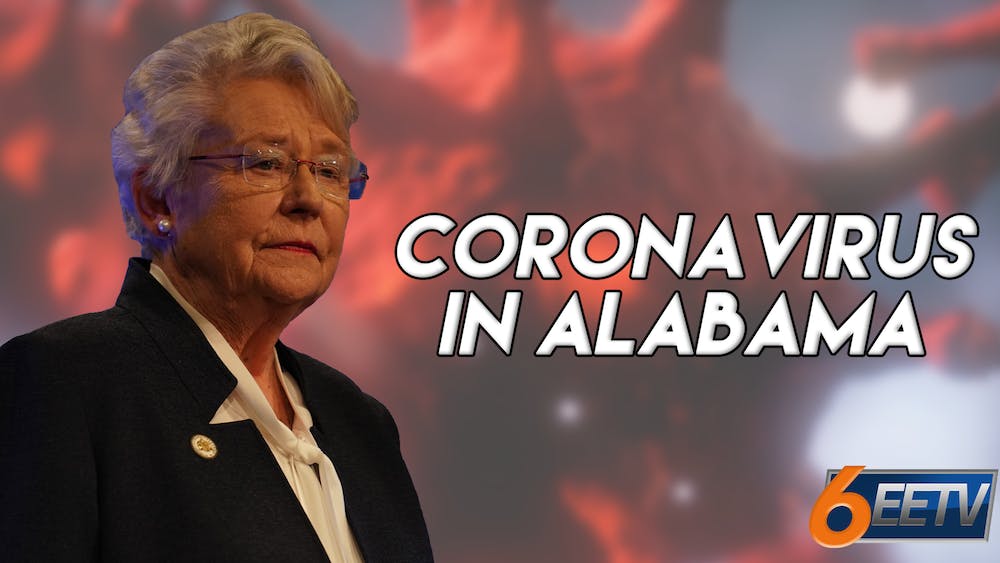 AUBURN, Ala. (EETV) - COVID-19 has now hit every state in the country, with West Virginia being the last to report its first case last week.

The CDC says there are currenlty 33,404 total cases in the United States with 400 deaths. Alabama currently has 196 cases and no deaths.

What is Governor Ivey saying?

Ivey has issued a state health emergency. With that, Ivey also announced that senior centers, private schools and daycares must close. Restaurants in the state are to operate on a takeout only basis.

What has Auburn University done?

Auburn University has transitioned to online learning for the remainder of the semester. That decision, announced Friday, March 20, via email to students and staff, is an effort to align with CDC guidelines of limiting the

The May commencement ceremonies have also been postponed to a later date. May graduates will still be able to pick up their regalia at the time of the later ceremony, or receive a refund if they can't attend the ceremony.

The withdrawal date for students is now April 24. Students will also have the option to work with their advisors to change any grades from this semester to a pass/fail option.

What are the cities of Auburn and Opelika saying?

Mayors Ron Anders of Auburn and Gary Fuller of Opelika spoke to officials at East Alabama Medical Center over the weekend and are encouraging residents to shelter in place.

In a statement on social media Monday, Fuller urged residents to take precautions.

COVID UPDATE: Follow the rules. We can do better Opelika. Limit gatherings. Shelter in place. No large groups or gatherings. We don't want to inflict mandatory curfews and closures. It's up to you how we will proceed. Stay out of parks, fields and around town. Flatten the curve. pic.twitter.com/YvDWTtwKOH

Anders emphasized that the hospital is beginning to fill up and that citizens should take all recommended precautions necessary. "I truly believe we have challenging times ahead of us. We've got to stay patient as a community, to hang onto the things that we know are true, to practice good hygiene and to be respectful of those around us by keeping our distance."

City buildings in both Auburn and Opelika have closed.

What are the current CDC guidelines?

The Centers for Disease Control recommends maintaining 6 feet of distance between you and others, washing your hands often and for 20 seconds each, cleaning frequently touched surfaces daily, and limiting groups to no more than 10 people. Some states across the country have implemented "stay at home" or "shelter in place" orders. Alabama does not yet have that mandate.

Where in Alabama has been hit the hardest?

Jefferson County currently has the most cases in the state, with 79 cases. Lee County, Madison County and Shelby County each have 17 cases.

Here's an updated look at case numbers across the state from the Alabama Department of Public Health.