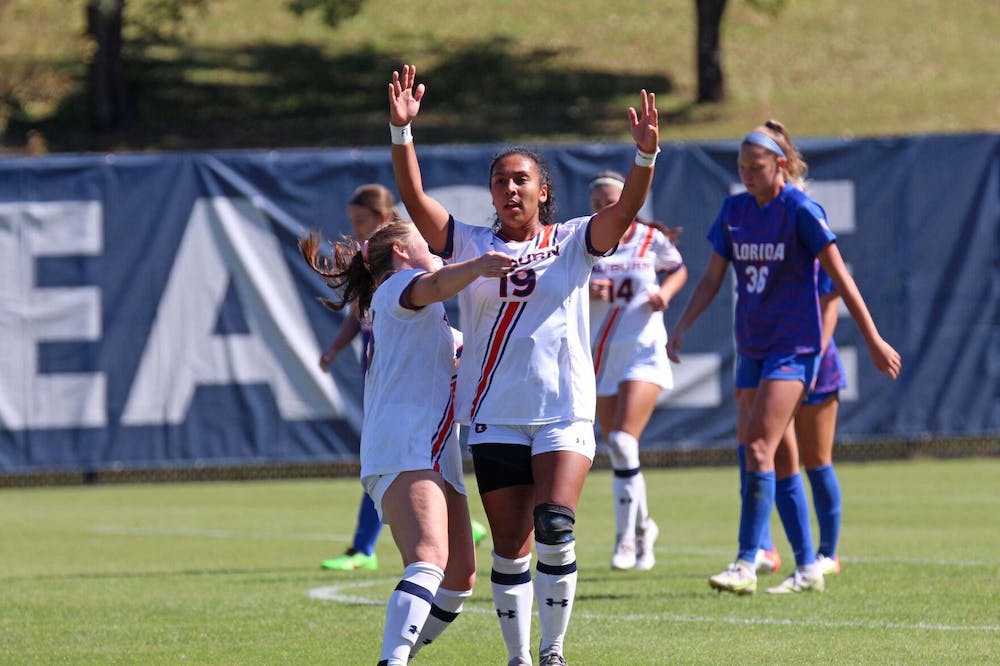 Auburn, AL (EETV) No. 23 Auburn beat Florida 2-0 at the Auburn Soccer Complex on Sunday afternoon. This is the Tigers’ third straight shutout win.

After a scoreless first half, the Tigers took the lead with a goal by sophomore Marissa Arias in the 52nd minute. Arias is ranked second on the team in goals (8) and tied in the SEC for goals in league play (5). She is also responsible for last week's overtime goal against LSU. The second goal came in the 72nd minute by junior forward Sydney Richards.

"I've just been trying to take advantage of the opportunities I get," Arias said. "I know at this level they don't come around very often, so I just do what strikers do and put it in the back of the net."

The first half remained scoreless, however, Auburn outshot Florida 15-0. Leading the Tigers in shots was midfielder Anna Haddock with four. Six different players had at least one shot on goal.

On the defensive side, Auburn matched the program record for fewest goals allowed in a single season with 15. Goalkeeper Maddie Prohaska saw only two shots from Florida and saved one of them. Prohaska and the Tigers have shut out their opponent eight times this season with five of those matchups played at home.

"Arkansas is hot. They're the best team in the league- there's no doubt about it," Coach Karen Hoppa said. "We do have a shorter rest with Arkansas on Thursday, so I am thankful we are at home to take advantage of the time that we do have before we play."

Auburn rounds out its slate of home contests against No. 6 Arkansas at 6:30 p.m. CT on Thursday, Oct. 21. This game will be televised on SEC Network+. Both teams are currently tied for first in the SEC West. The last time Auburn won the SEC title was in 2011 after beating Florida 3-2 in the SEC Championship.