Dr. Katharine Hayhoe will host her talk "“Faith, Climate, and Our Culture in the U.S.” on Feb. 6 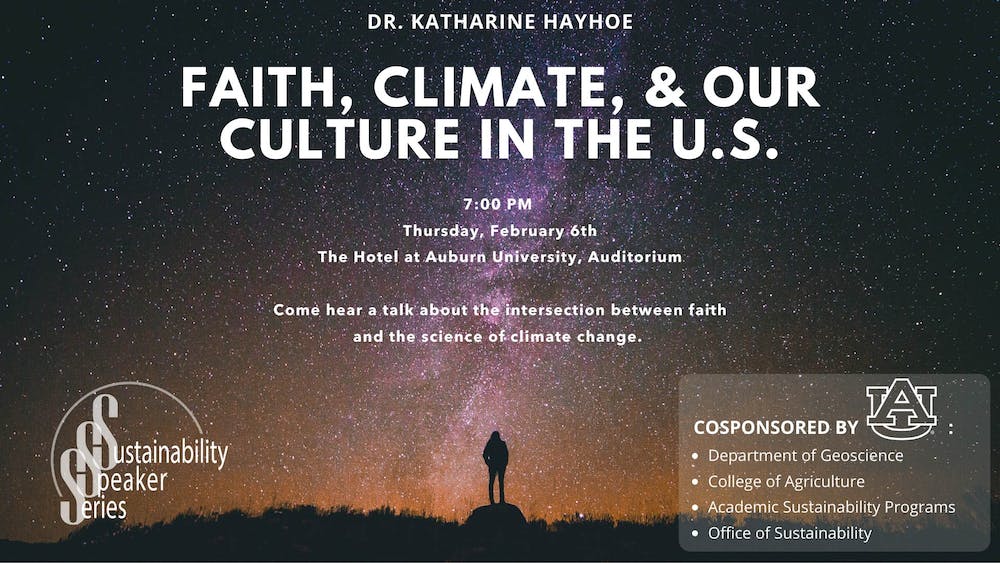 AUBURN, Ala. (EETV) - Dr. Katharine Hayhoe will host her talk "Faith, Climate and Our Culture in the U.S." on Thursday, Feb. 6 at 7 p.m. at The Hotel at Auburn University.

Dr. Hayhoe is an atmospheric scientist studying climate change and a devote Christian. Working to bridge the gap between Christians and Scientists, Dr. Hayhoe was named by Christian Today as one of their 50 Women to Watch.

She is currently a professor and runs the Climate Science Center at Texas Tech University. You can learn more about Dr. Hayhoe on her webpage, http://katharinehayhoe.com/wp2016/