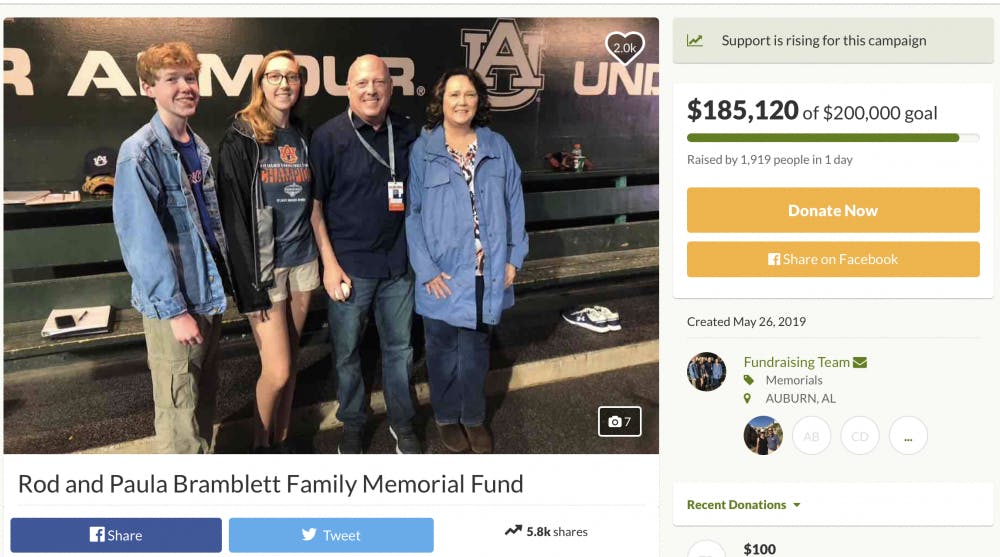 AUBURN, Ala. (EETV) - In the days since a tragic car accident killed Rod and Paula Bramblett, the Auburn Family has stepped up in a big way. Besides offering words of support on social media, donations are pouring in for the Bramblett's two children, Shelby and Joshua.

As of Tuesday morning, over $180,000 had been raised for the children.

And, there's meaning behind the donations. Several donations listed are for $109, honoring the famous Kick Six call that Bramblett made at the end of the 2013 Iron Bowl after Auburn's Chris Davis ran the ball back 109 yards to win the game.

The fundraiser has been in part organized by Andy Burcham, Bramblett's broadcast partner for over 25 years.

The Bramblett's funeral is this Thursday in the Auburn Arena at 2 p.m. Visitation will take place prior to the service from noon to 2 p.m. Dr. George Mathison will officiate and a private burial service for the family will follow.

The Voice of the Auburn Tigers, Rod served as Auburn’s lead announcer since 2003, and called Auburn baseball games for 27 seasons.

Donations can be made to The Rod and Paula Bramblett Family Memorial Fund on the GoFundMe page for the family.