Auburn Softball Cruises Past Alabama State For a Midweek Win 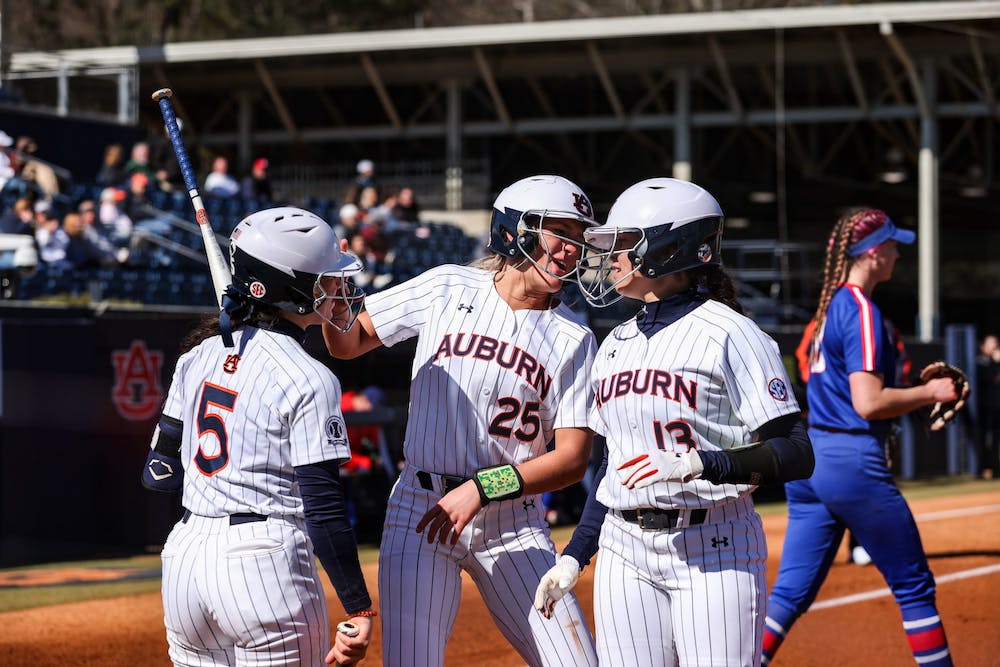 Feb 13, 2022; Auburn, AL, USA; Kenadie Cooper reacts after getting a point during the game between Auburn vs Umass Lowell at Jane B. Moore Field. Mandatory Credit: Jacob Taylor/AU Athletics

AUBURN, ALABAMA (EETV) -Following their first in-conference series loss to the Kentucky Wildcats this past weekend, No. 17 Auburn softball came in hot to defeat in-state foe Alabama State, 6-2, at Jane B. Moore Field on Wednesday night .

"I thought we did some of the things we needed to do to win the ballgame," head coach Mickey Dean said. "Every time they scored, we answered back. Every time we scored, we were able to keep them off the board the next inning. That's something we talk about all the time."

Four of the seven hits for the Tigers were home runs, a season high for Auburn. Makayla Packer, Nelia Peralta, Bri Ellis and Aspyn Godwin hit one homer each. In the 2022 season, Auburn's home run total now stands at 54, the sixth most in a single season in the school's history. The Tigers hit 22 home runs last season.

Sophomore Makayla Packer launched the ball off the first pitch she saw to left field, to start off the game. In the bottom of the second, Aspyn Godwin pushed the Tigers ahead 2-0 with a solo home run.

At the top of the fifth, Alabama State loaded the bases and had an opportunity to do damage with no outs, but Auburn held them with a force out at home and a strike out from junior KK Dismukes. The only Hornet runs came from an Auburn fielding error that allowed two unearned runs.

Holding a 3-2 lead in the bottom of the fifth, Auburn immediately answered with single off a bunt from Carlee McCondichie and Peralta knocked one out to extend the lead by three runs. This was Auburn's lone multi-RBI performance of the entire matchup. Freshman Bri Ellis' solo homer to center finalized the score of 6-2, and was her team-leading 12th of the season.

In the circle, the duo of Maddie Penta and KK Dismukes retired the first 12 Hornets at the plate. In the three innings she tossed, Penta held Alabama State hitless. In four innings of relief, Dismukes gave up two unearned runs off four hits, and fanned five.

The Tigers are preparing for another top-25 and SEC matchup as they host No. 7 Florida at Jane B. Moore Field this weekend. The series opens on Friday, April 1 at 6 p.m. CST on the SEC Network+.