This Weekend in Auburn Athletics 11/12 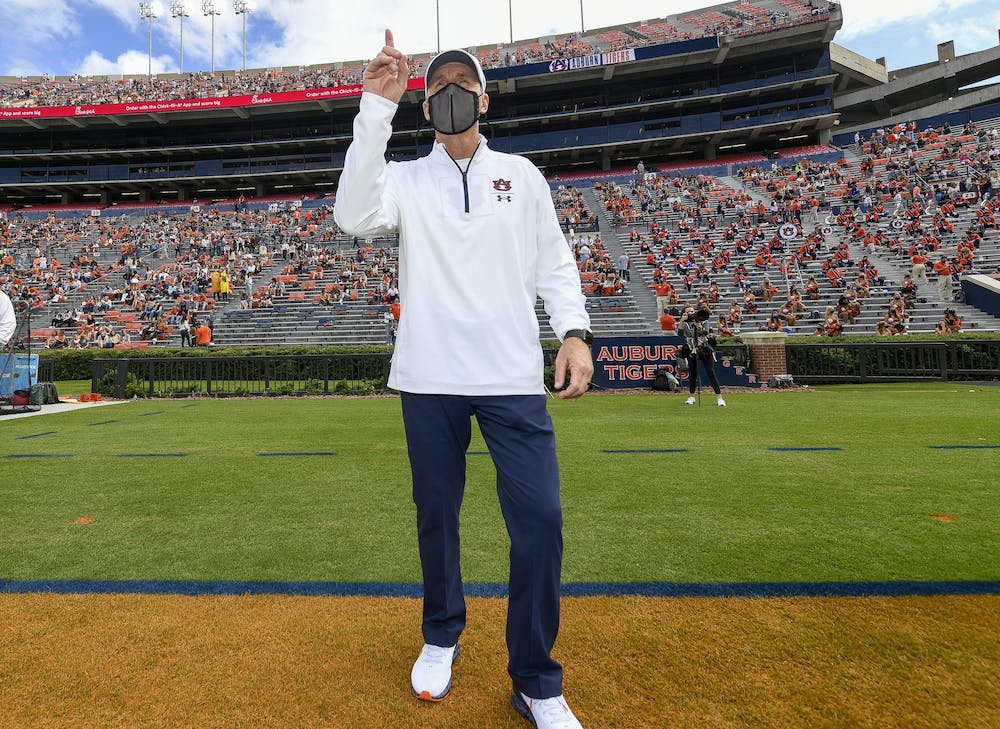 AUBURN, Ala. (EETV) – This weekend in Auburn looks different than normal as COVID-19 affects Auburn Football for the first time this season. However, Auburn Men’s Golf caps off their season with a championship, and Auburn Women’s Soccer looks to do the same in the SEC Tournament this weekend. Finally, Volleyball is coming off a bye week to finish their season this week inside Auburn Arena.

After going seven straight weeks with no positive COVID-19 tests, Auburn Football has paused all activities after nine players and three staff members tested positive this past week. Coming off their bye week, the Tigers were preparing to travel to Starkville, Mississippi, Saturday to take on the Mississippi State Bulldogs. The game has since been postponed to Saturday, Dec. 12, making it the final game of the season. Auburn's next game is at Jordan Hare Stadium on Nov. 21 against the Tennessee Volunteers.

Early this week, No. 15 Auburn women’s soccer took on the No. 3 Texas A&M Aggies in College Station. The Tigers held their ground against the No. 3 Aggies leaving them scoreless through two-thirds of the game. It was not until the 68th minute that the Aggies got on the board, but the Tigers could not strike back and lost the hard-fought battle 0-2. Auburn moves to 3-3-2 on the season after jumping out to an early record of 2-0-2.

The SEC Women’s Soccer Tournament kicks off this weekend in Orange Beach, AL. The Tigers' first-round matchup is against the Georgia Bulldogs on Sunday at 5 p.m. and will be broadcasted on SEC Network.

On Tuesday, the Auburn men’s golf team brought home the Jerry Pate National  Intercollegiate title. It took a three-team playoff between Georgia and Vanderbilt on the 18th hole at the Old Overton Club to win the title. This was the best all-around tournament for the Tigers as all five golfers finished in the top-30 and at even-par or better.

Auburn finished the tournament 19-under (821) at the par-70  event. With this, Auburn closes out their season with a team title for the 12th consecutive season.

After back-to-back road matches, the Auburn volleyball team had a much-needed bye week to regroup for their final match of the season at home Wednesday at 7 p.m. and Thursday at 5 p.m. against the Tennessee Volunteers.