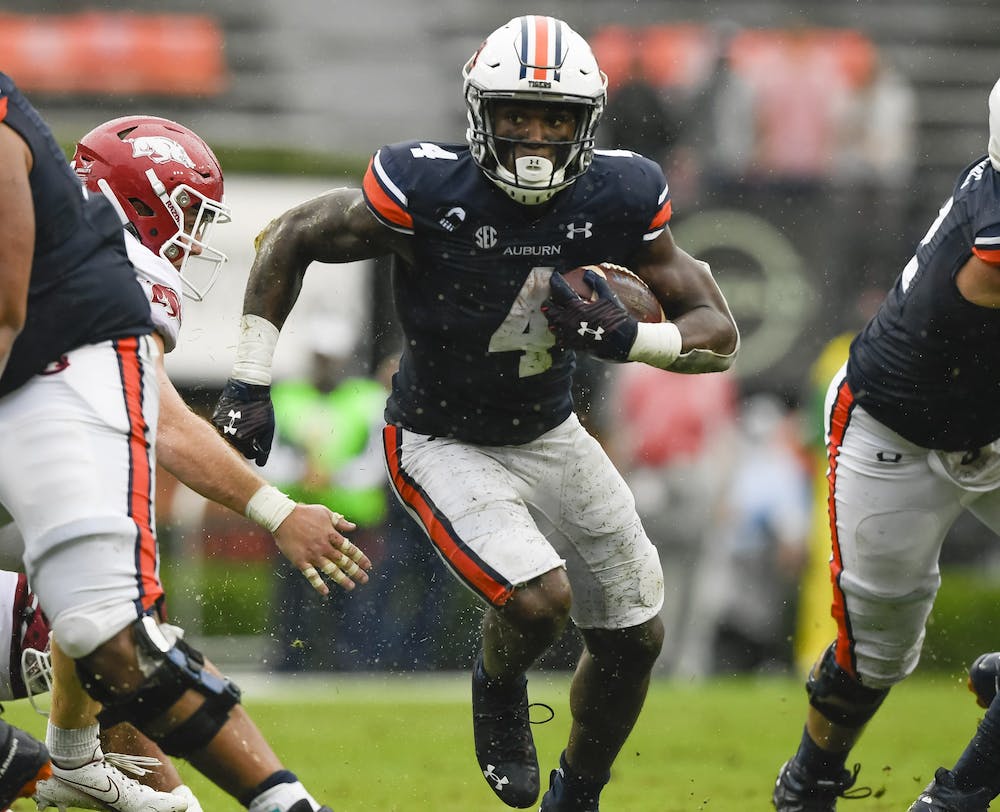 AUBURN, Ala. (EETV) – Tank Bigsby, the true freshman running back for the Auburn Tigers, was one of four players named to the Paul Hornung Award Honor Roll after a standout offensive performance against the Arkansas Razorbacks on Saturday.

Bigsby led the offensive charge for the Tigers this weekend, touching the ball for a total of 28 times for 268 all-purpose yards. He rushed 20 times for 146 yards and caught four passes for 16 yards while also accounting for seven first downs and returning four kickoffs for 106 yards. He is responsible for the three carries for 25 yards in the winning field goal drive that ended in the game in an Auburn victory over Arkansas.

The Paul Hornung Award, presented by Texas Roadhouse, is in its 11th season and is awarded to the most versatile player in major college football. It is awarded by the Louisville Sports Commission and football legend Paul Hornung. Each week of the regular season a panel of football experts select players to be named to the Honor Roll.

The winner of the Paul Hornung Award will be honored at the Galt House Hotel in downtown Louisville in March 2021.