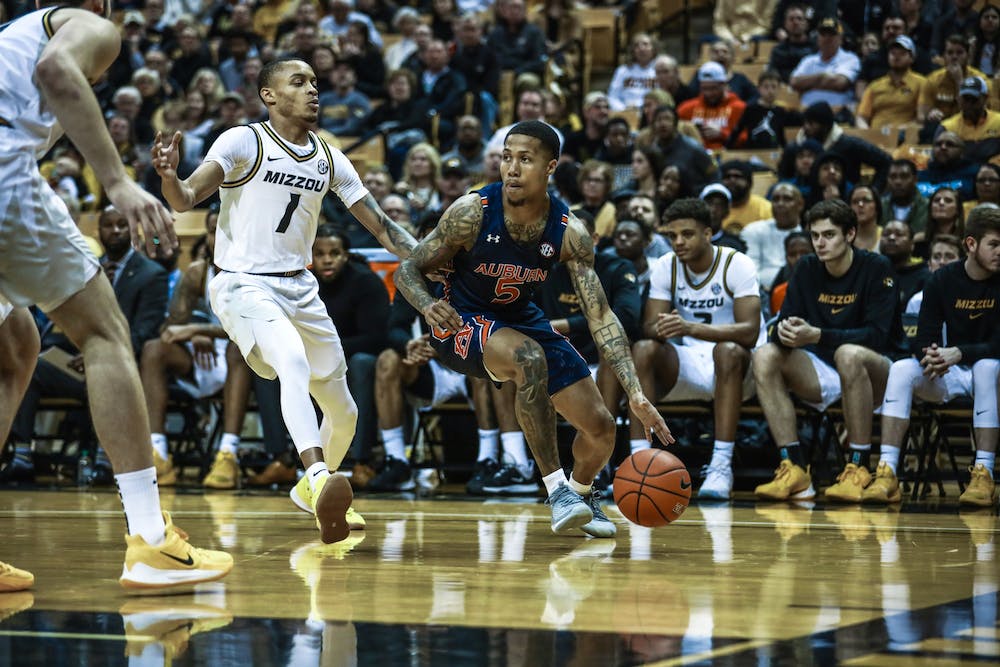 No. 11 Auburn fell to Missouri at the Mizzou Arena Saturday night 85-73. The Tigers snapped their seven-game win streak, bringing their season record to 22-3 (9-3 SEC).

26 minutes passed before the Tigers made a shot from beyond the arc. Auburn only made one out of 17 three-point shots tonight. The team’s scoring percentages have not been particularly consistent this season, but tonight the Tigers reached a new low, knocking down only 5.9% from outside.

With Isaac Okoro out due to a hamstring injury, Auburn had to call on some of its bench players to step up. Anfernee McLemore started for the second game in a row, while Allen Flanigan also stepped up. Danjel Purifoy began the game on the bench, still fighting the same sickness from Wednesday’s game.

While Auburn was able to get within five points of Mizzou’s lead, they could not bridge that final gap. Devan Cambridge was ejected from the game due to a flagrant foul, and Coach Bruce Pearl also received a technical, pushing all the momentum back to Mizzou.

Without Okoro, the Tiger defense was not able to shut down Missouri as much as previous opponents. Mizzou shot 65% from inside and 63% from outside the arc just in the first half.

Even though Austin Wiley led the team with 22 points and 10 rebounds, with J’Von McCormick and Samir Doughty scoring 21 and 16 points respectively, Auburn was unable to overcome Missouri and suffered their third double-digit loss of the season.

The Auburn Tigers will travel to Stegeman Coliseum to rematch the Georgia Bulldogs Wednesday at 6 PM CT.