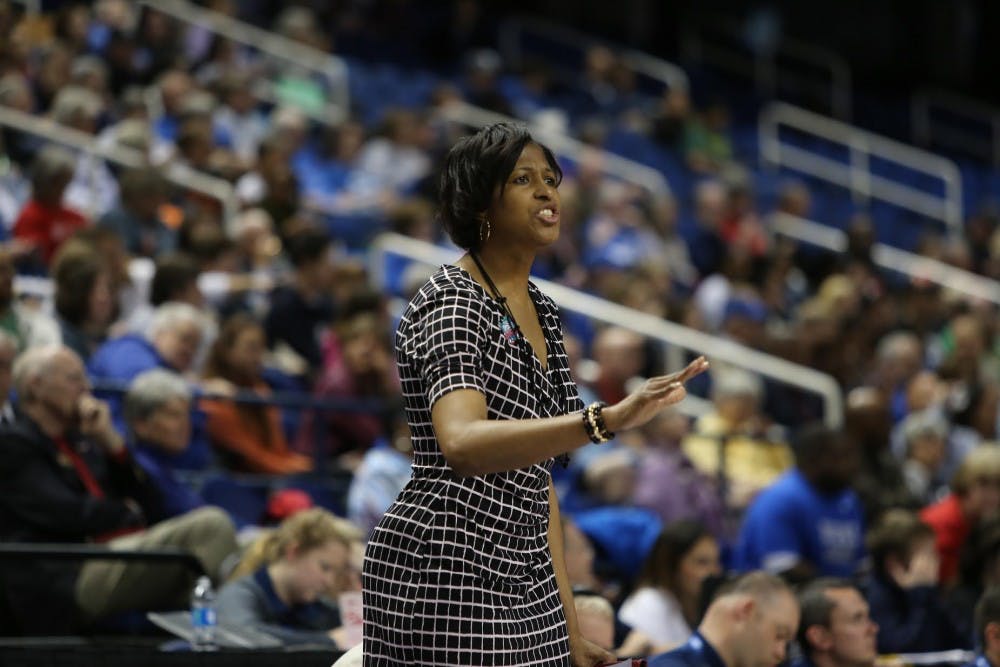 AUBURN, Ala.- La’Keshia Frett Meredith will join Terri Williams-Flournoy’s staff as an assistant coach for the women's basketball team.

“I am so excited to have Keshia join our Auburn Family,” Williams-Flournoy said. “She brings an abundant amount of experience from both the SEC and the WNBA, which will help develop our players to compete to the level of being excellent. The fact that she is from my hometown only makes it better!”

The Cavaliers won 101 games, made four postseason appearances and made it to the second round of the NCAA Tournament in 2018 during her tenure there.

“I am beyond excited to be a part of Coach Flo’s staff and the Auburn women’s basketball program,” Frett Meredith said. “Coach Flo and her staff have done a great job of establishing a competitive program and creating an environment where student-athletes can achieve their goals on and off the court. Auburn is a special place and I am blessed to have this opportunity.”

During her professional playing career, Frett Meredith played seven seasons in the WNBA. She made three appearances in the Western Conference Finals after spending two years in the American Basketball League.

Frett Meredith retired from the WNBA to serve as an assistant coach for Georgia from 2005-2011. She also spent two seasons as the program’s director of operations.

Frett Meredith enjoyed remarkable success at the prep, collegiate and professional levels during her career as a player. She was honored as National Prep Player of the Year in 1993 , 1994 SEC Freshman of the Year and was recognized as All-SEC by league coaches each of her four years.

On the professional level, her teams advanced to the WNBA playoffs in six of her seven seasons. She also played overseas in Hungary, Israel, South Korea and Spain.

Frett Meredith received her bachelor's degree in consumer economics from Georgia in 1997.