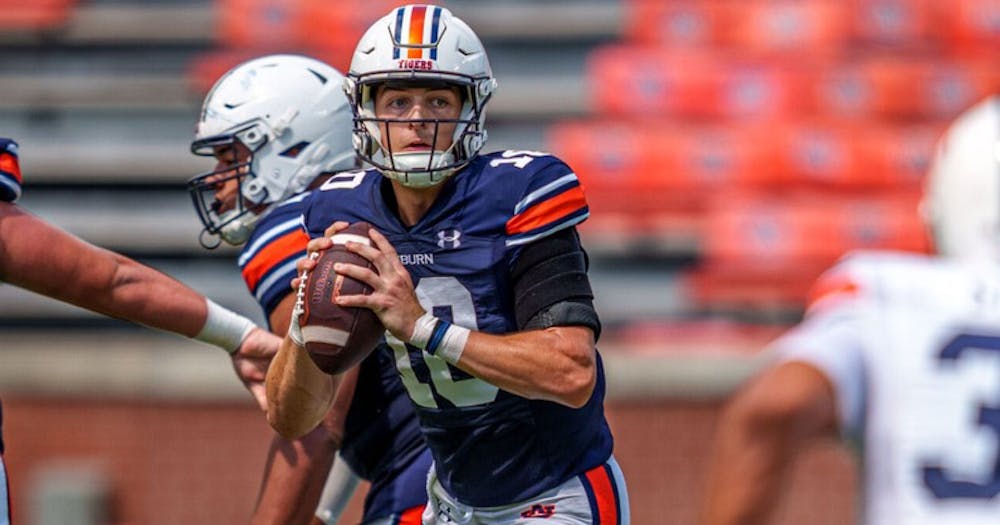 AUBURN, Ala. (EETV)- Amid continuous quarterback uncertainty for Auburn football, it is confirmed that Zach Calzada will not be making his debut with the Orange and Blue this year as he will undergo season-ending shoulder surgery.

With the underwhelming performances coming from the quarterback duo of TJ Finley and Robby Ashford, Auburn fans have been questioning why Texas A&M transfer quarterback has not played in a single game this season, and the answer is finally coming to fruition.

The Sugar Hill native has been dealing with this injury on his non-throwing shoulder since he initially hurt it in the game against Auburn last November, forcing limited playing time in spring camp. Calzada will apply for a medical redshirt and the surgery is expected to have him fully healthy in time to hit the field with the Tigers in spring of 2023.

Ironically, starting quarter back Finley is out with a shoulder injury he suffered against Penn State and will be sidelined this weekend. Auburn will host Missouri on Saturday morning left with two quarterback options: Robby Ashford and true freshman Holden Geriner.

Ashford has seen some action in the quarterback rotation the past few games. He ﻿has thrown for 245 yards, one touchdown, two interceptions and rushed for 158 yards so far this season. Geriner has yet to touch the field for a single possession as a Tiger, but slides into second string on the depth chart, with the possibility of a debut on Saturday.