The Tigers crack under the pressure of the Nittany Lions 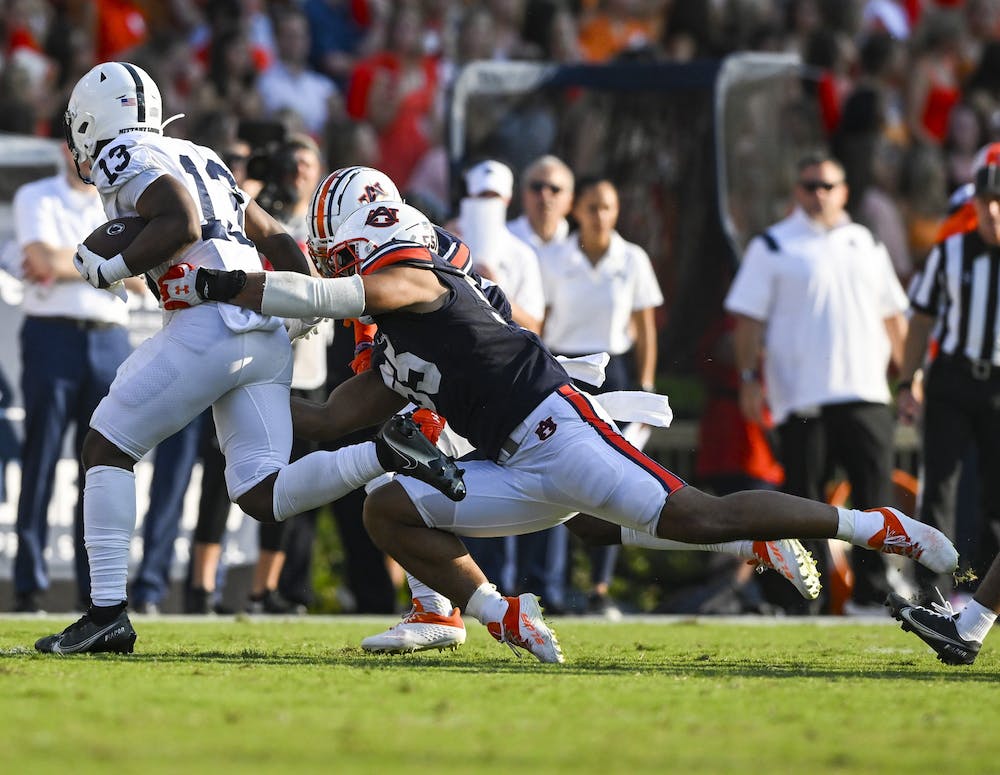 AUBURN, Ala. (EETV) - Although the Tigers were looking for revenge for last year’s loss at Happy Valley, No. 22 Penn State controlled the pace and dominated the run game.

The Auburn Tigers were off to a fast start. Captain Owen Pappoe started the game by delivering a big hit to Penn State’s quarterback, which sent Jordan Hare into a frenzy. Hungry for another win, the Tigers’ defense came out swinging; however, the Nittany Lions slowed down the Tigers in the second half of the game.

With the offense that Auburn generated, Shedrick Jackson and Ja’Varrius Johnson led the Tigers’ receivers. Jackson had a good night with four receptions racking up 76 yards. Following Jackson’s lead, Johnson was able to capitalize on his six receptions ending the game with a total of 73 yards.

Penn State did an excellent job at containing the Tigers’ star, Tank Bigsby, and Auburn’s quarterbacks.

However, both quarterbacks could not showcase their ability due to the pressure from Nittany Lions rushing the pocket and the multiple forced turnovers.

Ashford was able to generate some offense late in the 4th quarter. Sophomore running back Jarquez Hunter got the Auburn Tigers their first touchdown of the night at 14:27. However, this play proved futile because Penn State added another field goal making the final 41-12.

Although this game was full of missed chances, the Auburn Tigers will look for a crucial win against the Missouri Tigers next Saturday at 11 a.m. CT during homecoming week.