Auburn in the NFL: Week 2 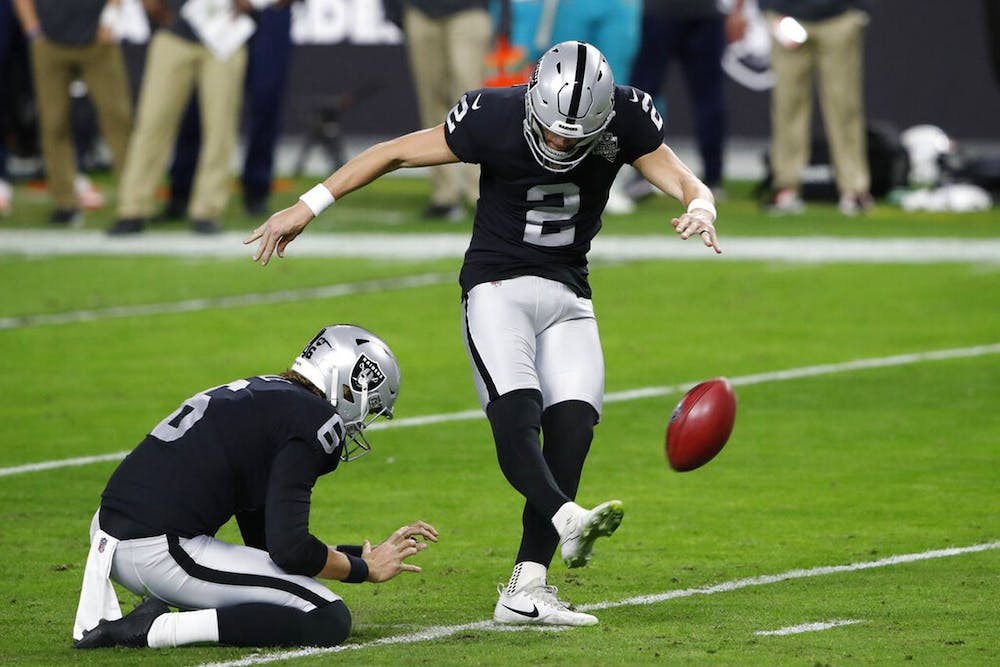 AUBURN, Ala. (EETV) -  It is safe to say that it was a week full of surprises in the NFL, but let's break down the Auburn-made players that showed an impact for their teams this week.

It was another perfect weekend for Raiders kicker. Carlson made all three field goal attempts, including a 55-yarder and both of his extra points.

The Buccaneers cornerback was crucial in snapping Tampa Bay's 0-4 run against New Orleans in regular season. In the last 12 minutes of the game, Dean caught an interception in the end zone to put the Bucs up 10-3. In the Saints next offensive possession, Dean picked off an overthrown pass. This interception led to a Ryan Succop 47-yard field goal to put Tampa Bay up 13-3.

In the 20-10 win over the Saints on Sunday, the Buccaneers cornerback showed up yet again. Davis contributed nine tackles, eight of them solo, a defensed pass and a fumble recovery.

Carolina defensive tackle and former top-10 pick, Derrick Brown, was good for 10 tackles, a quarterback hit and a pass deflection. Brown in second on the Panthers in terms of overall PFF grade (78.1).

The defensive end made an impact in the wild comeback win the Jets had over the Browns on Sunday. Coming back this year fully healthy, Lawson had two tackles, two QB pressures, and he combined on a sack late to force a punt and give the Jets the ball back. He was one of the few players in the NFL this week with a PFF pass rush grade over 80.0, with 80.6.

The Philly punter averaged 44.8 yards on his four punts, two of the four landing inside the 20. Siposs' biggest impact was his lone tackle after a blocked field goal; a touchdown saving play.

Despite a loss to the Bills on Monday night, Roger McCreary is making a name for himself in his rookie campaign , leading the Titans defense with 11 tackle in his second start in the NFL.