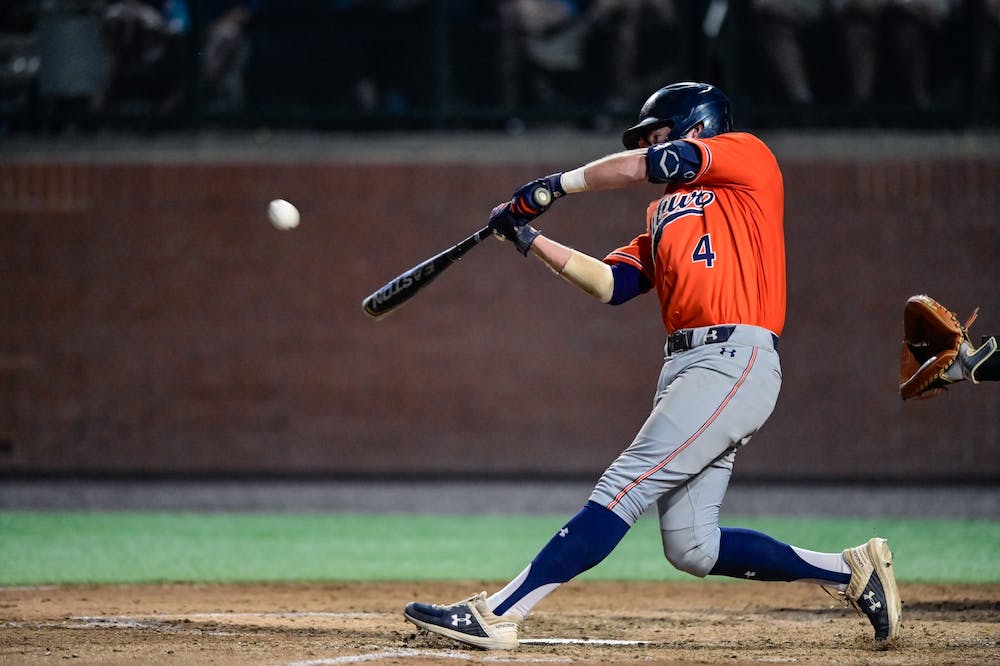 Auburn, Ala. (EETV) - The Tigers are inevitable. After a two-hour delay before the first pitch and a 14-hour delay after the sixth inning, Auburn punched their ticket to the NCAA Super Regionals with an 11-4 victory over the UCLA Bruins.

For the third game this weekend, Auburn got out ahead early, scoring two runs in the opening inning. The first to score was Blake Rambusch off of a hit-by-pitch, then got to second off of a fielder's choice and a throwing error. Sonny DiChiara was able to bring Rambusch in to score with a single to left-center field.

Cole Foster scored the second run with help from a Brooks Carlson sacrifice fly after getting to third off of DiChiara's single. Starting pitcher for Auburn, Mason Barnett, struck out three out of four batters in the first inning.

DiChiara worked more of his magic in the fourth inning, hitting a single to center field with the bases loaded to bring two in to score for the Tigers.

In the fifth, Brody Moore came out and hit a bomb on the inning's first pitch to extend the Auburn lead to five.

Auburn got four more runs through a Carlson double to bring one in the next inning, and with bases loaded, Nate LaRue hit a double to the left-center wall to bring all three runners in to score.

When play started again, Carson Skipper took over on the mound for Auburn for Mason Barnett, who recorded 10 strikeouts before the delay and only allowed one hit which came in the first inning.

“Barnett was clearly the story of the day,” UCLA Head Coach John Savage said on the impact of the righty’s pitching.

UCLA put two runs up in the seventh off of a sac fly and a single to make it a seven-run game. In the next inning, UCLA's Jack Holman sent a fastball over the right-field wall to continue their comeback hopes.

Auburn upped the lead back to seven runs with Bryson Ware and Rambusch scoring on a sac fly and single, respectively. Rambusch led the team in runs tallying three in the game.

Blake Burkhalter put the cherry on top of the Auburn regional, producing two strikeouts in the ninth to seal the win for Auburn and send them to the NCAA Super Regional.

DiChiara led the team in hitting with three hits and four RBIs in his four at-bats.

Over the course of the Auburn regional, Auburn managed to score 51 runs in three games in dominant showings.

“When these defensive guys contribute with offense, it makes us really good,” said Auburn Head Coach Butch Thompson about his team heading into the Super Regional. “It's national championship or bust. I need to make sure I don't underscore this team.”