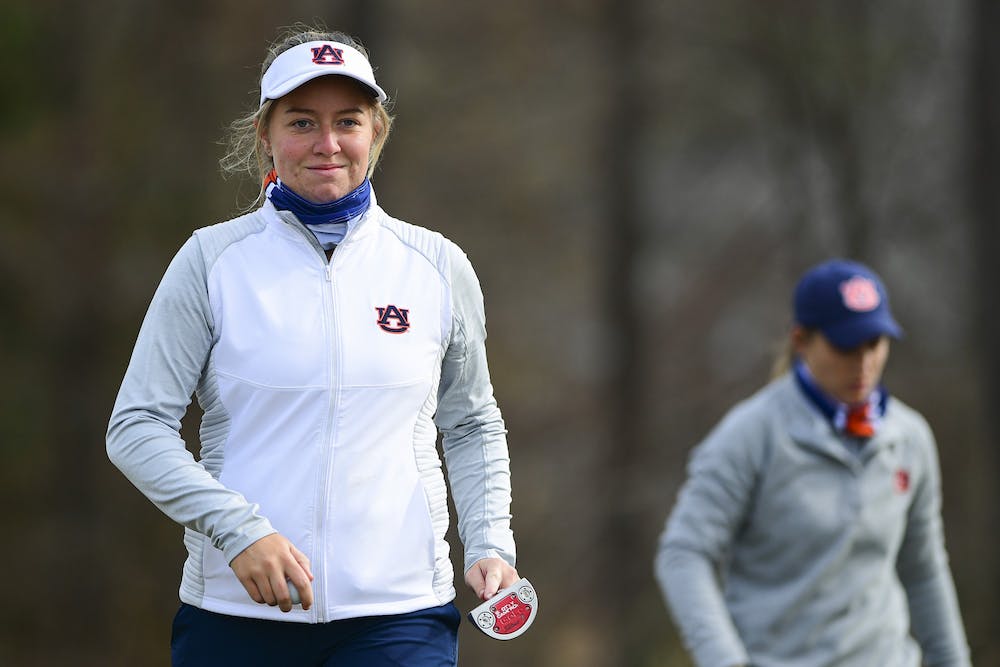 “An absolutely amazing day,” Auburn head coach Melissa Luellen said. “It was one of the greatest comebacks in Auburn history. They were locked in mentally. The goal was mental errors or less. I think we had five total.”

​​Auburn was 11 strokes behind the cut line for nationals heading into the third and finals round, with the pressure mounting the Tigers shot one of the best rounds in program history to make the cut.

The Tigers shot their lowest round in the NCAA Regional round in Auburn history with a score of 276 (-12). The score also set the single-round course record at the Karsten Creek Golf Club. This comes after Auburn shot a 313 (+25) in the first round of the tournament.

Auburn has three golfers placed in the top 10 individually with Mychael O’Berry and Kaleigh Telfer tying for seventh with a score of +2 through the three-day tournament. Sophomore Anna Foster tied for tenth place with a score of +3.

Foster shot the second-lowest round in a regional in Auburn history on Wednesday when she went 5-under with six bridies to her name.

Sophomore Elina Sinz, who was subbed into the lineup prior to round two, stepped up and delivered a score of 1-under on Wednesday. She made three birdies on the day and was one of four Tigers to birdie the 18th hole.

The last Auburn golfer, Megan Schofill finished tied for 39th with a round score of 6-over.

Auburn will be joined in the NCAA Championships by Baylor (865), Arizona State (879) and regional host Oklahoma State (881).

The NCAA Championships will be held at Grayhawk Golf Club in Scottsdale, Arizona, and will run from May 20-25.