No. 9 Auburn Wins 10th-straight with victory Over South Carolina 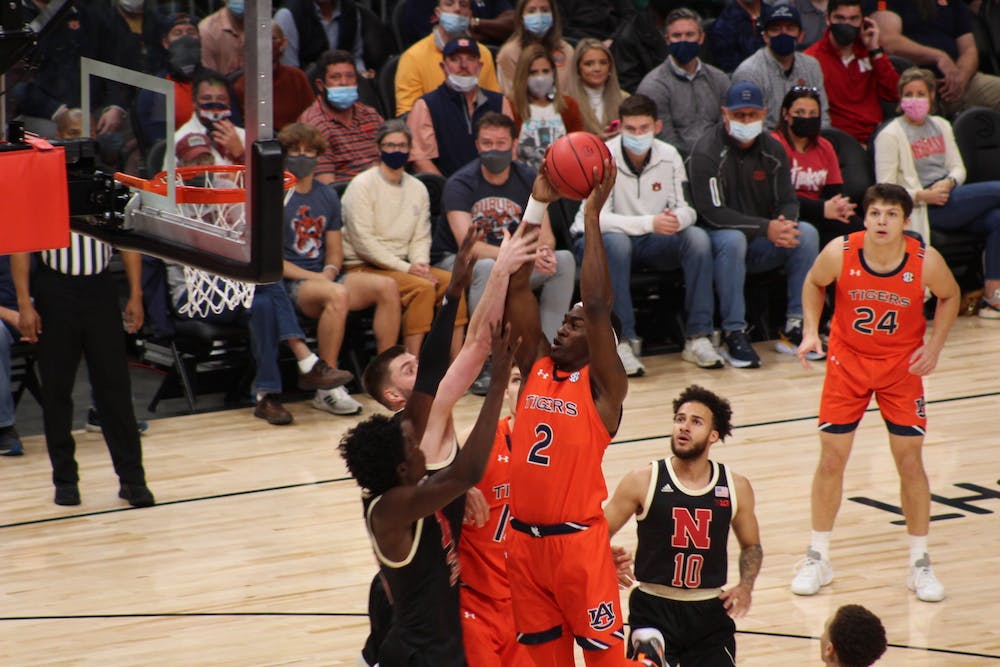 Auburn, Ala. (EETV)-No. 9 Auburn traveled to South Carolina and grabbed their 10th-straight win this season with a dominating 81-66 victory.

Wendell Green led the Tigers with a career-high 22 points with 14 of those coming in the first half. He also added five rebounds and five assists.

Auburn found a lot of success in the paint as they outscored South Carolina 24-8 in the first half. The team ended with hitting 29-of-55 field goals (53%), which is their best performance of the season. Bench players contributed 29 points with Green and Jaylin Williams leading the way. The Gamecocks had as many turnovers as they did field goals made on a few occasions.

Walker Kessler recorded another double-double with 12 points and 10 rebounds. This is his fifth-straight game scoring double-digits as he currently averages 14.8 points per game. Kessler and teammate Dylan Cardwell combined for five blocks and five steals.

The Tigers' largest lead was 21 points, however South Carolina crept within eight with under seven minutes remaining in the game. 3-pointers from Jabari Smith and Zep Jasper along with a pair of dunks from Kessler allowed their team to finish with a 15-point victory.

Freshman Jabari Smith extended his double-digit scoring streak to 11. Smith, who was tabbed as the SEC Freshman of the Week, finished his night with 10 points, one rebound and one assist.

Auburn's next game will be against Florida in Auburn Arena on Saturday night at 7 p.m. CT. The Gators are currently on a two-game win streak and will begin conference play against No. 15 Alabama tomorrow night.