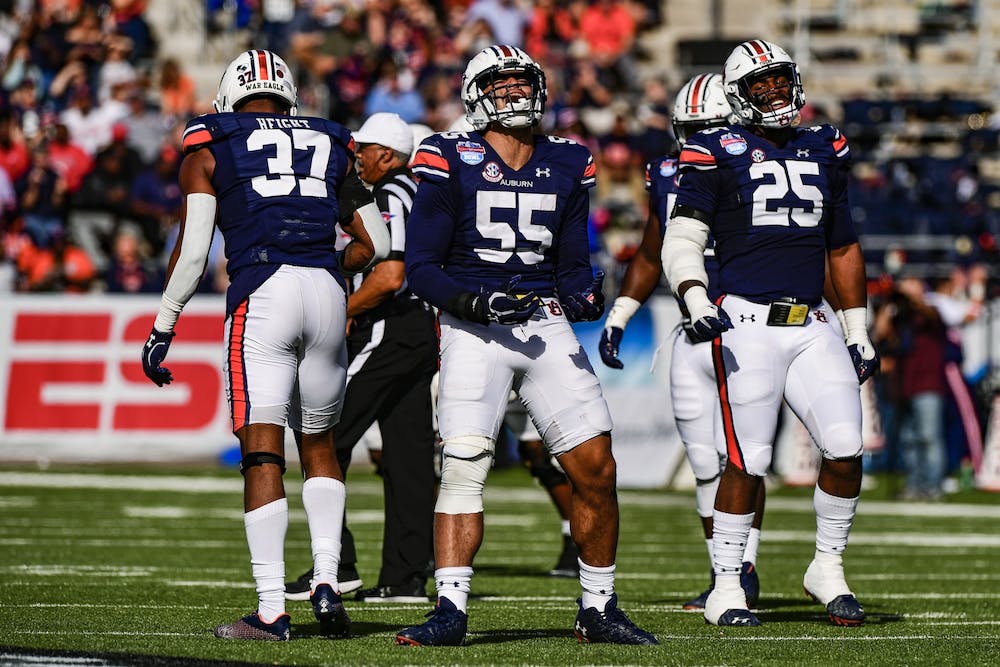 Auburn, Ala. (EETV) - Auburn football has lost its last five games to fall to 6-7 after a, 17-13, defeat to the Houston Cougars in the TicketSmarter Birmingham Bowl.

"Take what we learned from this season and go apply it to next year," said Coach Bryan Harsin about his outlook for the offseason.

Houston QB Clayton Tune came out with the MVP of the game boasting 283 yards and two touchdowns with only one interception on 65% completion.

Houston scored on the first drive of the game to open up the game. Auburn's first offensive drive, however, was a three-and-out. The game was a constant defensive battle.

In the second quarter, Houston extended their lead to ten points following a 52-yard field goal from kicker Dalton Witherspoon. Auburn answered back on the next drive with a field goal of their own coming from 27-yards out by Ben Patton.

Going into halftime the score was 10-3 in favor of Houston. Auburn received the second half kick-off and put the possession to good use by storming down the field and kicking a field goal from 35-yards. Auburn had attempted a 40-yard field goal on the same drive, but missed and was helped by an offside call against the Cougars.

Auburn followed the field goal by forcing Houston to punt and went down the field for a passing touchdown to give Auburn the lead. The touchdown was a 12-yard completion from TJ Finley to Kobe Hudson who got his left foot down for the toe-touch touchdown.

Auburn's defense held strong for the next three drives, intercepting on one, forcing a turnover on downs, and catching another interception on the aforementioned botched trick play.

Houston would get the ball back and drive down the field for the go-ahead touchdown, a 26-yard pass from Tune to Jake Herslow.

"When we need to make plays, we do," said Tune when asked about the final drive of the game.

Auburn was not able to complete the comeback on their final drive of the game and finished the game how they started: a three-and-out.

Despite the rocky ending to the season Harsin and his players remain optimistic about the future of the program.

"Harsin is tremendous… that’s the kind of coach that I want to play for," said senior linebacker Chandler Wooten replied when asked about his coach, "he makes everyone around him better… he’s building something special here."

Wooten led the game in tackles with 12 and also contributed an interception from a botched trick play. When asked about his game he stated that he would much rather have zero tackles and a win than 12 tackles and a loss.

Fellow senior, John Samuel Shenker echoed the same ideas as Wooten despite breaking the Auburn school-record for tight end receptions and yards with 33 and 413 respectively. Harsin and former offensive coordinator Mike Bobo both spoke on getting the tight end more involved and it is safe to say that they came through on that promise.