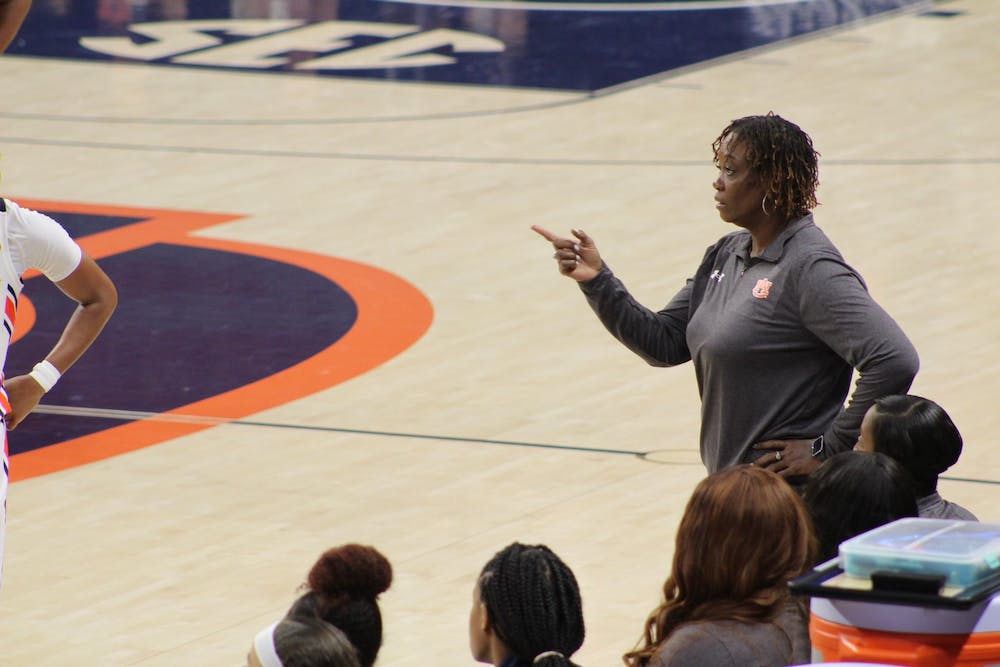 AUBURN, ALABAMA (EETV) After leading her program to it’s first road victory over a ranked opponent in half a decade, Auburn women’s basketball head coach Johnnie Harris returned to a familiar place to lead the Tigers in the next place of battle: Little Rock, Arkansas. A native of the state, Harris spent time coaching the Trojans. She was even on the bench in Little Rock’s last meeting with Auburn; however, her knowledge of the opposing program was not enough to help her squad walk away with its third consecutive victory, falling to her former program 57-49.

Despite entering the contest riding the momentum from Sunday’s victory over the No. 18 Yellow Jackets, the orange and blue came out flat in the early going on Wednesday afternoon. Coach Harris’ squad shot just 31 percent from the field and committed nine turnovers in the first half of play after committing just nine across the entire contest in the game before.

The orange and blue’s offensive woes were compounded when junior guard Honesty Scott-Grayson struggled to maneuver her way to the bucket and found herself in foul trouble early on.

The standout guard was held scoreless for the duration of the first half and the Tigers headed to the locker room down 27-24 at the halftime intermission.

Auburn was first on the board in the second half with a momentum-grabbing layup from sophomore guard Aicha Coulibaly, only to be answered by a 7-0 run from the hometown Trojans; not unlike the first 20 minutes of play, the Tigers found themselves playing catch-up for the remainder of the contest.

As the game progressed, it became evident that it was simply not Scott-Grayson’s night. The guard concluded her afternoon shooting a forgettable 2-10 from the field and posting just 6 points in the contest.

While Scott-Grayson’s absence was costly to the Tigers; however, the loss was very much a team effort. The orange and blue brought the contest within one possession on three separate occasions in the second half and were unable to force their opponents into mistakes. On each occasion, the Trojans put their foot back on the gas and rebuilt a lead which eventually proved insurmountable.

Harris accredits her squads loss to a sense of false confidence following the Georgia Tech victory.

"We've been telling them that this was a very good ball club, they've beaten some good teams. Maybe we came back from Georgia Tech thinking we were good all of a sudden. I told them we still have work to do. You can play well, but you still have to build on that, and I didn't think we took advantage and built on a good game from Sunday."

With the loss to the Trojans in their rear-view, coach J and the rest of the Tigers must now focus on resting up, developing a game plan and executing in their home contest with Charleston Southern on a 12:00 p.m. on Friday.