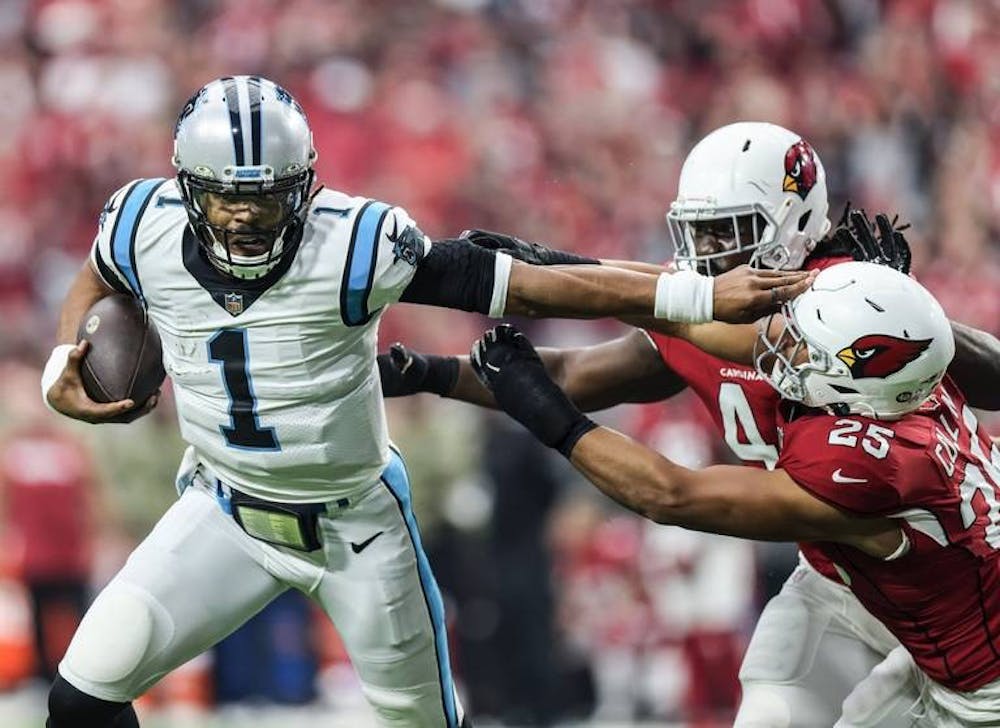 AUBURN, Ala. (EETV) - Auburn has produced many NFL players through the years, and on a weekly basis you will see many players shine for their respective teams.

In a blowout 43-3 loss to the Dallas Cowboys, Marlon Davidson was able to get two tackles.

Josh Bynes had four tackles, one sack, one pass deflection, and two quarterback hits in their 22-10 loss to the Dolphins on Thursday Night Football.

Cam Newton was signed by the Panthers last week, and made his season debut for his former team in their 34-10 win over the Cardinals. Newton was 3/4 for eight yards and a touchdown, he also rushed three times for 14 yards and a rushing touchdown. Derrick Brown also had two tackles and recorded a hit on the quarterback.

In the 23-17 loss to the Colts, Rudy Ford had four tackles for the Jaguars.

Daniel Carlson made both of his extra point attempts in their 41-14 loss to the Chiefs on Sunday Night Football.

Noah Igbinoghene was able to pick up a tackle in their upset win over the Ravens.

Brandon King was able to pick up two tackles during the 45-7 beatdown over the Browns.

Arryn Siposs continues to rep #FORTHEBRAND, punting the ball three times averaging 51.3 yards, and downed one inside the 20.

Jamel Dean had five tackles in their surprising 29-19 loss to the Washington Football Team.