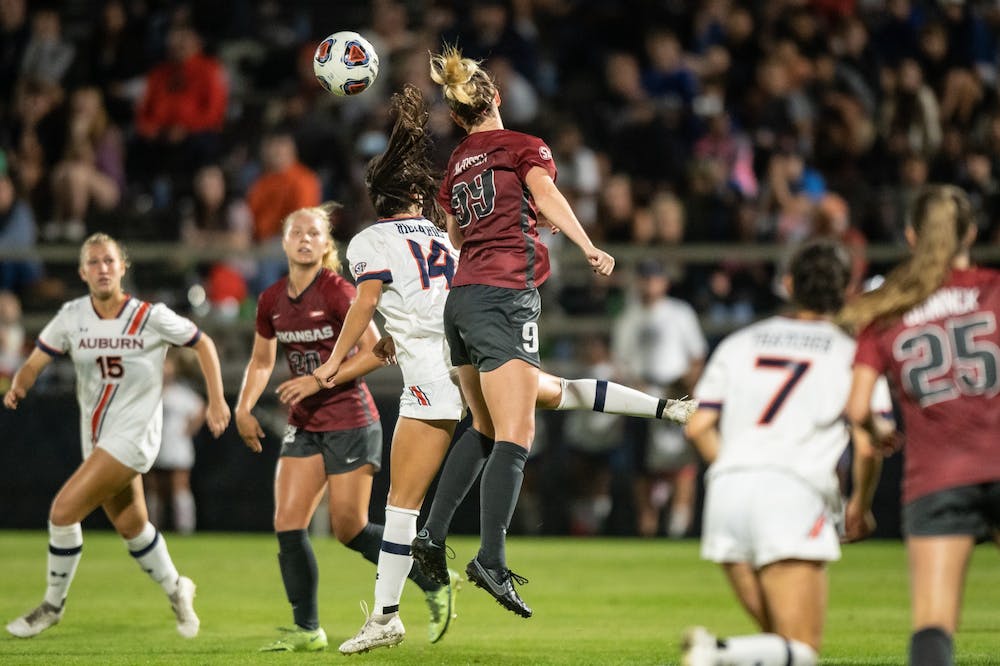 The Arkansas Razorbacks entered the game ranked fourth in the nation, and the Auburn Tigers entered ranked 19th.

The Razorbacks were relentless on the attack putting up 16 shots, the third-most shots the Tigers have faced all year.

"Arkansas is a great team, and they are really difficult to play,' head coach Karen Hoppa said. "The biggest difference was they outplayed us in the second half. I thought the first half was good. We created better opportunities. Obviously, they got the one goal on the scrum in the box, and we didn't get any. The second half we just got outplayed."

"Alyssa Malonson, what can you say about her?" Hoppa asked. "She has now started more games than any other player in Auburn soccer history. She's a very special player, and we are grateful we still have her."