No. 22 Auburn Soccer takes down LSU in extra time 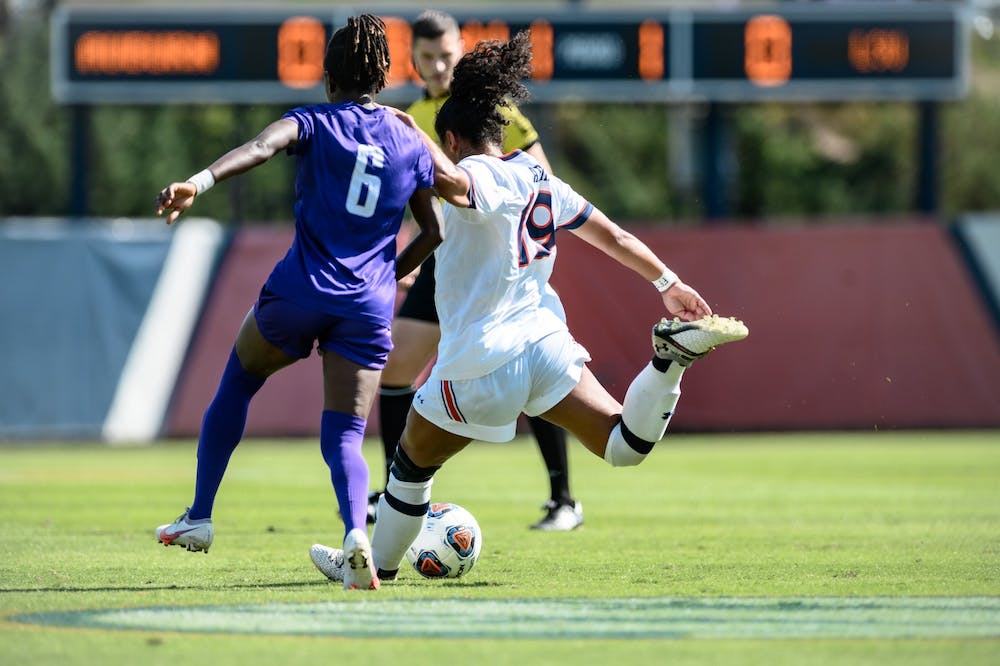 Arias found the back of the net just two minutes into the first extra-time period to give Auburn the dramatic win at home. Fifth-year, Alyssa Malonson provided Arias the assist that propelled Auburn in front.

"It was amazing," Arias said of her golden goal. "I missed one earlier in the game, so I was beating myself up for not finishing that one. It was nice to put one away."

Auburn dominated the first half by having nine shots compared to LSU’s one shot. LSU’s goalkeeper, Mollee Swift, kept the LSU Tigers in the game with a total of six saves in the game.

The second half was more even than the first, with seven shots from LSU and nine from Auburn.

With this win, Auburn moved to 7-1-0 at home with a 22-4 point differential and turned in the fifth shutout in the last six games. The Tigers’ only loss at home comes from No. 1 Florida State.