Malonson named to Top Drawer Soccer Team of the Week 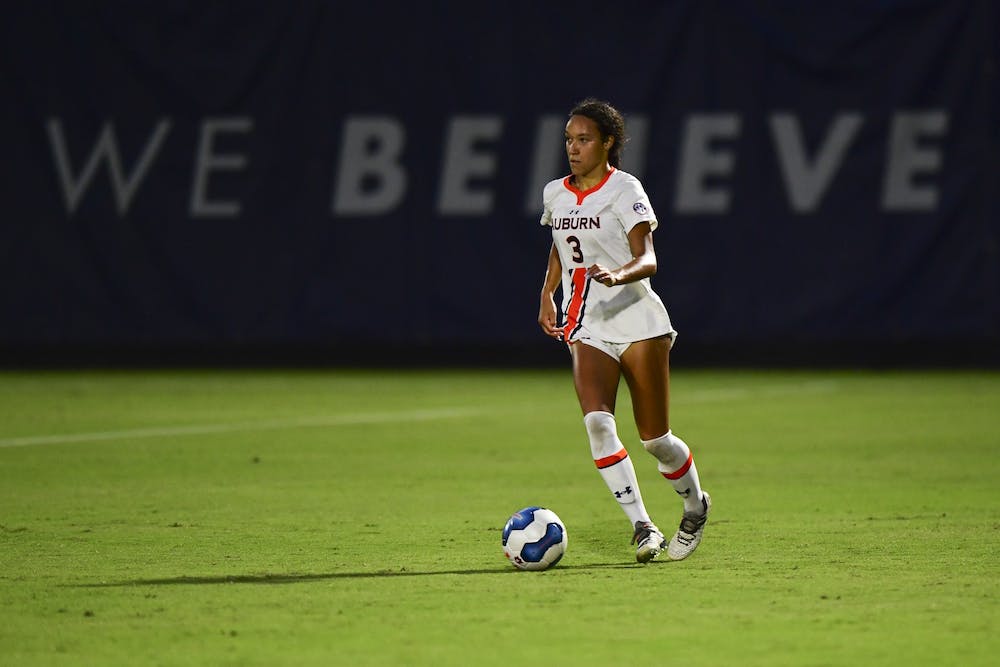 AUBURN, Ala. (EETV) - For the second time this year, Alyssa Malonson was named to the Top Drawer Soccer Team of the Week.

This marks the eighth time this season that Top Drawer Soccer has recognized an Auburn player.

The fifth-year defender Malonson was a key player in both Auburn wins and shutouts this past week with her defensive play and her assist to the game-winning goal in extra time against LSU on Sunday. This was her fourth assist of the season and 23rd in her career, which ties her for eighth all-time for Auburn.

"Alyssa was outstanding this weekend," head coach Karen Hoppa said. "She was a massive reason we had two shutouts. She cleaned up so many balls behind our backs and really limited both teams' offensive opportunities."