Denis Villeneuve's DUNE is a star-studded story of love, coming of age and the protection of a revered natural resource 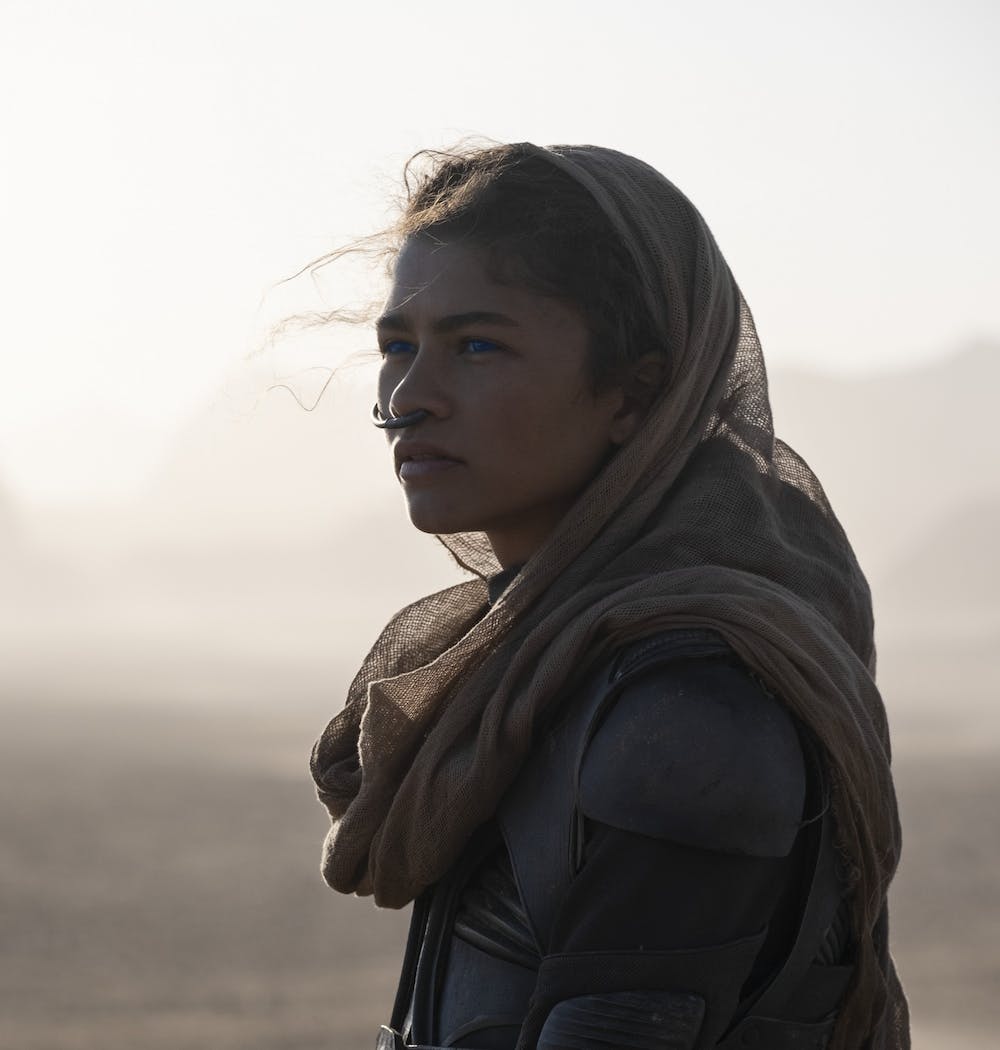 Auburn, Ala. (EETV)- Set in a dystopian future where different cultures fight to obtain the most powerful material in the entire universe, DUNE follows the story of a young boy, Paul Atreides, as he is revealed his chosen destiny.

The desert planet Arrakis holds the Spice, a highly coveted natural resource that grants the greatest powers known to man. The Spice’s ability to provide immense knowledge, time control, and otherworldly, lethal weapons causes it to be wanted by several bloodlust tribes, all who are willing to kill whoever might stand in their way of the mighty resource.

Son of beloved rulers Duke Leto and Lady Jessica, Paul Atreides is internally called to Arrakis by several forces. One of these forces includes his recurring dream of a mysterious Fremen girl; the Fremen are the natives of Arrakis. Known for their piercing blue eyes and savage tendencies, the Fremen’s role is to protect the Spice from power-hungry thieves. Obeying the call to help the Fremen protect the Spice, Paul journeys to Arrakis despite dangerous groups, harsh climates, and giant, deadly sandworms.

Frank Herbert’s 1965 novel DUNE inspired director Denis Villeneuve (“Arrival”, “Blade Runner 2049”) in his early teenage years because of its “poetry” and what it was “saying about nature.” Ever since this initial inspiration, Villeneuve has been dreaming of adapting DUNE into a film under one circumstance- Timothée Chalamet fulfills the role of Paul Atreides.

Fifteen-year-old Paul Atreides is played by Timothée Chalamet who, even though was 22 years old while filming, plays Paul with a boyish, intellectual ease; his naturally small stature reflects Paul’s youth, yet his eyes hold a glint of eagerness and nobility. This passion that fumes behind Chalamet’s eyes shows audiences that Paul’s motivations in embarking on such a dangerous task are blazingly evident, giving a sense of reality and purpose to the film.

DUNE was filmed on many locations in several countries including Norway and Jordan. Only having two scenes with green screens, Chalamet says this about filming on location: “I was in a constant state of being sort of awestruck by the rock formations and things of that nature. It felt like a constant process of being inspired by everything that was happening around. Sometimes I gotta pinch myself. Sometimes you just gotta take it all in.”

As for Zendaya, when discussing the location of the film, she says, “I’ve never seen a view like that, and I feel very grateful that I can travel and go places with my job that allow me to see things like that. It makes you feel very small in the best kind of way.”

Not only are Timothée Chalamet and Zendaya co-workers, but they are also friends.

Zendaya says, “It felt very effortless. It wasn’t like I had to go in there and be like, ‘oh, let me go pretend to be friends with this person’, you know? It ended up happening very, very naturally, and I don’t think that we became friends because we hoped that we were going to do another [movie]. I was like, ‘nah, this is actually someone that I really appreciate.’”

Despite these many actors and their characters, Villeneuve says that “nature” is “the true main character” of DUNE. Including incredible visuals of the desert sand and the way it interacts with wind and footsteps, of the sky as it smothers the characters in unbearable heat, and of the sandworms as they devour their hopeless prey, nature remains in the foreground throughout the film.

It is hard to overlook the overarching theme of humans’ impact on nature in the film, specifically the impact of colonization. After discovering the precious Spice, the universe became a turmoil of those craving immense power over the valuable resource, those trying to protect the resource, and those using the resource as a market to better their personal endeavors. These are also roles that can be seen today as society fights for the health of the precious planet earth.

Because the film is, in a sense, a coming-of-age film, another overarching theme is attempting to discover oneself in the midst of an external war.

Throughout the film, Paul navigates who he truly is; Is he a peacemaker? Is he a fierce warrior? Is he ready to navigate Arrakis despite his father’s doubts? These questions and many others are constantly playing through Paul’s mind as he fights for a planet, a resource, and an entire culture in the midst of external conflict and his own internal conflict.

Regarding coming-of-age in the 21st century, Zendaya says, “That idea of having to fit into shoes you are not ready [for] yet and having to grow up a little quicker- I know I can relate to that in a massive way. Also that sense of responsibility-I think we all kind of face it-what’s the right thing to do? You kinda gotta think about that. How to care without completely destroying yourself.”

A story of society, the planet, discovering who you are, and, yes, giant sandworms is the story of DUNE. While directing the film he has dreamed of directing for years, Denis Villeneuve embeds nature’s significant role in the book into the film through its star-studded cast and incredible visual elements.

To experience the story of Paul and Arrakis, catch DUNE in theaters on October 22.