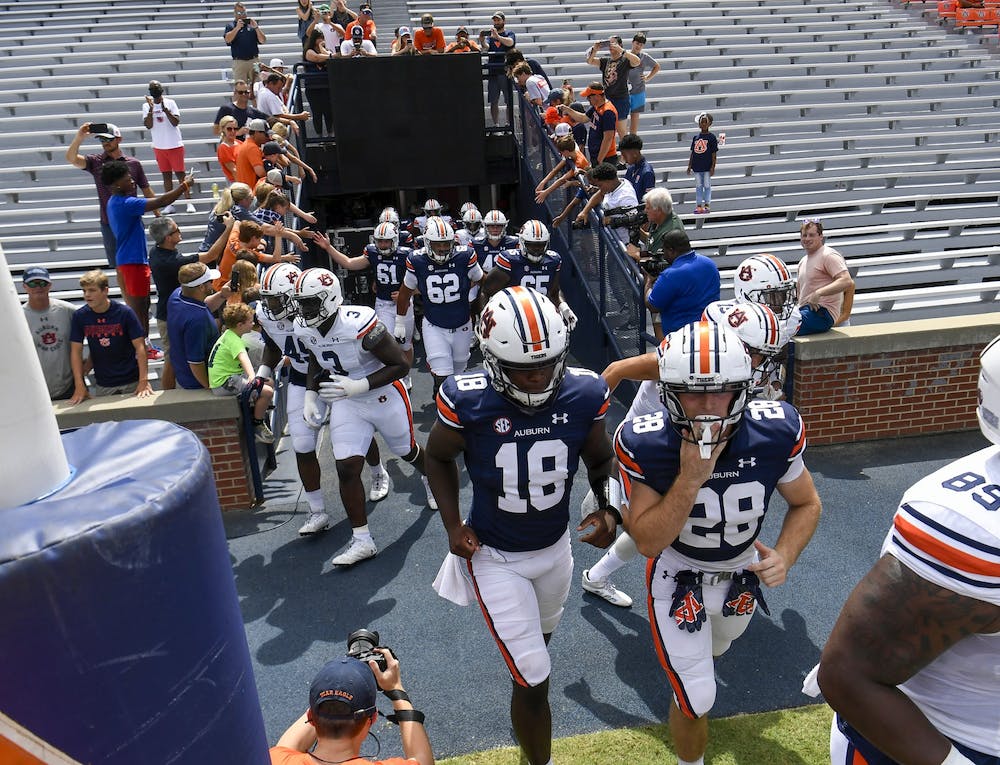 AUBURN, Ala. (EETV) - Auburn football is quickly approaching as the Tigers kick off their season this Saturday with a home game against Akron. After a 2020 season unlike any other and an off-season search for a new head coach, the Bryan Harsin era is ready to begin.

The Tigers are coming off a 6-5 record, going 6-4, in the SEC only schedule before losing to Northwestern in the VRBO Citrus Bowl.

Saturday's matchup between Auburn and Akron will be just the second meeting ever between the teams, with the first one being in 1988. Auburn defeated Akron 42-0.

“I think he’s a very good player," Harsin said. “I think he gives them a different dimension. Having to deal with him, his ability to make plays, is a guy on the offensive side we’ve got to be prepared for.”

On Auburn’s side of the ball, junior Bo Nix will be starting for the third year. Nix and the offense have had to learn a new offense during the off-season, but he is excited for what is to come and is happy with the chemistry between him and his receivers.

“We have gotten that chemistry and those reps and the timing down from fall camp so we’re excited,” Nix said. “We’ve got a lot of reps, thrown a lot of footballs to each other and so we’re ready to get out there and play against a different team.”

Going into his third year as starting quarterback, Nix said his previous years have helped him learn a lot and grow as a player.

“It’s just something different about having played two years and knowing the schemes of a lot of defenses, just understanding and recognizing a lot of things before the snap,” Nix said.

Nix and the rest of the Tigers are excited for the season and according to Auburn associate athletics director for operations Jeremy Roberts, the team pushed for a more normal Tiger Walk, in hopes of having a more normal season. Instead of being dropped off at the student wellness center, the team will be dropped off by Plainsman Park and will walk down S. Donahue to the stadium.

"We're excited to be in front of a large crowd again," Nix said. "I think that's the most important part, just the atmosphere. We'll be back to how college football is supposed to be."

Auburn will kick off their 2021 season this Saturday, Sept. 4 in Jordan-Hare Stadium against Akron. Kickoff is set for 6 p.m. CT and the game can be found on ESPN+.

All tickets for the 2021 season will be digital and will be scanned from the fan's mobile device.

Tiger Walk will be back and will be widened for the protection of the student-athletes. Tiger Walk begins two hours before each game.

The eagle flight will return for the 2021 season and will fly 20 minutes prior to kickoff.

The Auburn University Marching Band will perform on the field pre-game and halftime.