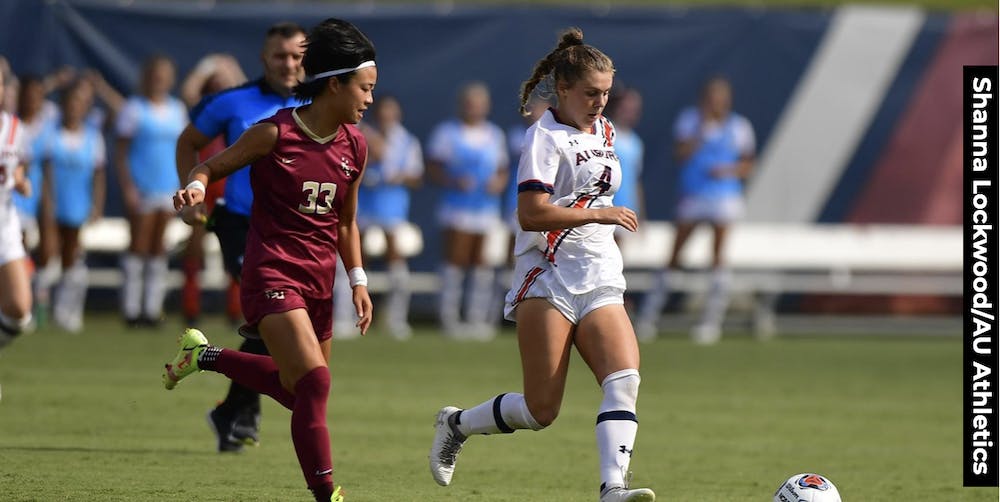 Auburn, Ala. (EETV)- No. 11 Auburn soccer falls, 2-1, to Tennessee at the Regal Soccer Stadium in Knoxville, Tennessee on Thursday. With the loss Auburn falls to 7-2 on the season.

"I really thought our young team got better tonight," head coach Karen Hoppa said. "Our second half was much better than our first half, but we just couldn't close out the game against a very good Tennessee team."

Auburn sophomore goalkeeper Maddie Prohaska was able to show off her skill set in front of net, posting six saves and not allowing any second-chance scoring. Prohaska was also excellent at playing the ball out to the wings to create attacking opportunities.

Auburn broke through first with a goal in the 69th minute by sophomore Marissa Arias. The goal resulted from the first corner for the Tigers and fell to Arias after the first shot was deflected and Tennessee goalkeeper Lindsey Romig saved the second.

The Lady Volunteers drew level with the Tigers in the 86th after a beautiful outside-of-the-box goal by freshman Taylor Huff. This goal brought the game to overtime, utilizing a golden rule where the first team to score wins; if no goal is scored, the game results in a tie.

The first half of overtime was back and forth between the two teams; neither one was able to produce a game-winning goal. Tennessee scored only 11 seconds into the second overtime period making it Auburn's third goal given up within 50 seconds of a half starting.

This was the Lady Volunteers' first win against Auburn since 2012. Goals by freshman Taylor Huff and junior Brooke Wilson help end the almost decade-long drought versus the Tigers.

"Credit to Tennessee," Hoppa said. "They played fantastic tonight. We just need to do a better job of game management late in the game, but it was a really hard-fought battle, and I thought our team got better tonight."