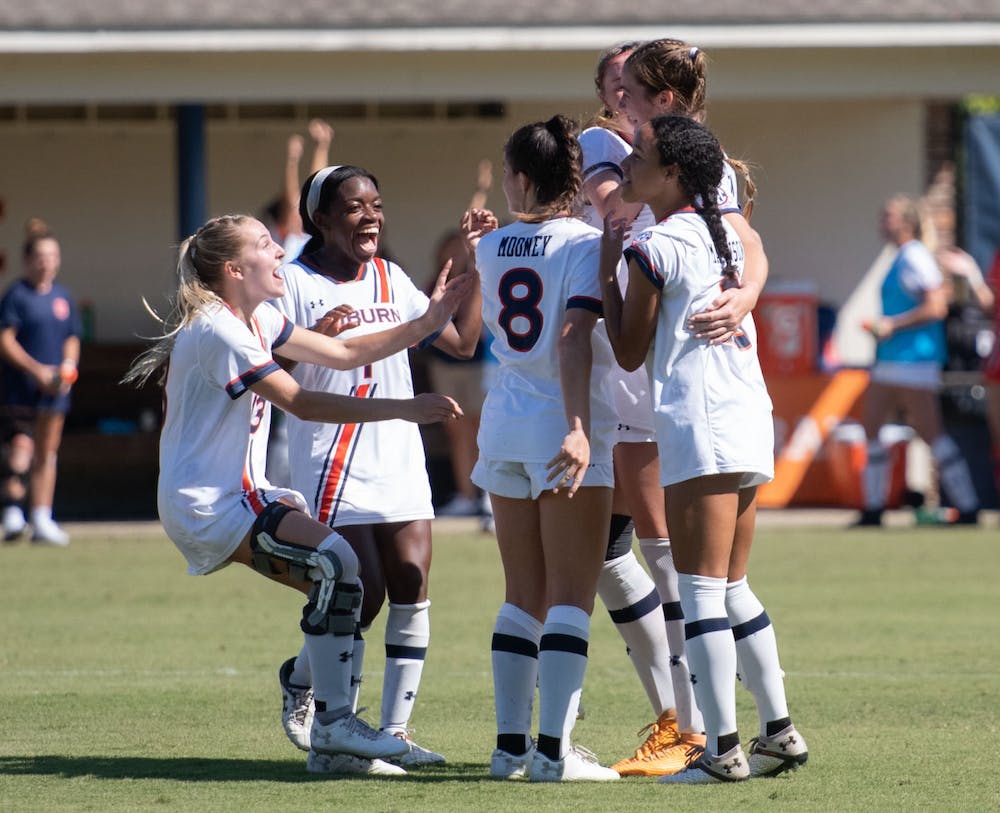 The Tigers came into the game off a hard-fought loss in double overtime to Tennessee, but they bounced back against the Aggies, improving their conference record to 2-1.

I'm really pleased with our bounce-back performance," head coach Karen Hoppa said. "Today, we rebounded and we played much better soccer. It was a fair result against a really good Texas A&M team. They're defending co-champions, and I thought our team was outstanding."

Auburn gained the lead in the 20th minute, thanks to a goal by Senior M.E. Craven. The next two Tiger goals came off penalty kicks, one in the first half and one in the second.

Junior Sydney Richards scored in the 32nd minute, putting Auburn up 2-0 at the half. Sophomore Anna Haddock added the final point to the board in the 76th minute. Haddock's goal marks her eighth on the season.

Auburn has now outscored its opponents 26-8 this season and 42-11 in the last 18 games. The team has scored multiple goals in 11 of their last 13 games.

Defensively, the Tigers shut down the Aggies. Dating back to last spring and including today, Auburn has only allowed 11 goals in 18 games while logging nine shutouts, four of which occurred in the last six games.

The Tigers held the Aggies to only six shots, none of which were on goal. Auburn took 11 of their own.

"You see the score line, but to really think about the defense – zero shots on goal against a really dangerous Texas A&M team. It was an excellent performance," Hoppa said.

The Tigers kept the fouls to a minimum in the first half (2) but were charged with eight in the second. On the opposite side, the Aggies were heavy with the fouls in the first, drawing 10 penalties, but they committed only three in the second period.

The Tigers return to the pitch Friday when they travel to Columbia to take on the South Carolina Gamecocks. Match time is set for 6 p.m. CT on SEC Network+.