Auburn Prepared for First Big Test of the Season 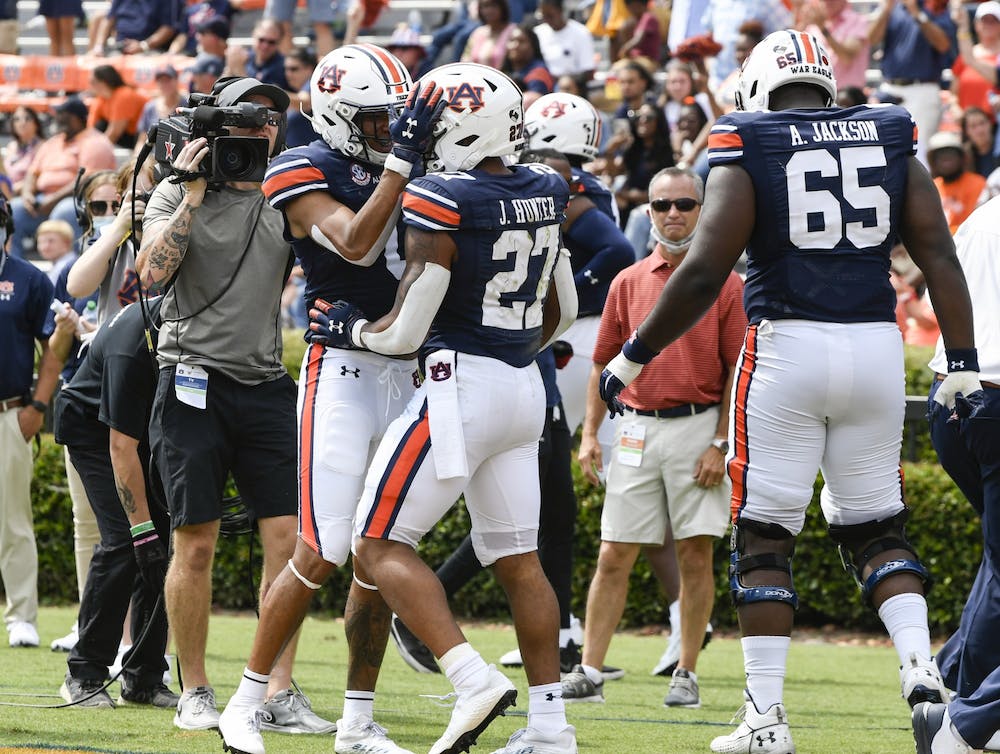 AUBURN, Ala. (EETV) - After two dominant wins over Akron and Alabama State, the Tigers face their first test of the season this Saturday: a road game in Happy Valley during a Penn State White Out.

To add to the pressure, College GameDay announced last Saturday they would be making the trip to this top 25 matchup between the No. 22 Tigers and the No. 10 Nittany Lions.

Auburn’s matchup Saturday will be tough. They will be the away team playing in a packed stadium with 100,000 Penn State fans decked in all white, but Auburn head coach Bryan Harsin is embracing the challenge.

“There’s an energy and an excitement and I think this is part of what makes college football, and just football in general, so special, is you get to play in environments like that,” Harsin said. “Embrace it, be a guy that embraces that and enjoy the opportunity to play in somebody else’s house.”

While the team has been practicing with speakers Harsin said, “I don’t think we’re going to get it exactly like it’s going to be on game night.”

Harsin also said crowd noise and environment won’t be an excuse for the team, saying, “We have all the opportunities to prepare ourselves properly, and if we do that right then it’s just a matter of getting out there and playing and enjoying the environment, enjoying the opportunity to be in somebody else’s house and going out there and executing what we need to do.”

Following Saturday’s win, the team hit the practice field Sunday to prepare for their matchup. The team used the practice to address the weekend’s mistakes and get ahead for Penn State.

“We need to build on the things we’ve done well and be consistent in those areas,” Harsin said. “And we need to correct the things we did not do well and focus on that and make sure that those do get done.”

Auburn and Penn State have only met two times previously and both were bowl games, making Saturday’s matchup the first regular-season game between the teams.

Harsin scouted the Nittany Lions and said the players to look out for are receivers Jahan Dotson and Parker Washington and quarterback Sean Clifford, who has had 22 starts. Harsin also notes their red-zone defense stood out to him in film and they are preparing for that.

For the Tigers, Harsin is hoping senior running back Shaun Shivers is back, as he missed last Saturday’s game. Harsin also said there are no season-ending injuries and he hopes all guys who missed last week can be back.

In the absence of Shivers, freshman running back Jarquez Hunter rushed for 147 yards on 8 carries against Alabama State. His 94-yard touchdown run broke the record for the longest run in Auburn history. Hunter is also the first Auburn freshman to open the season with back-to-back 100-yard rushing games since Onterio McCalebb in 2009.

“Jarquez is continuing to keep developing himself,” Harsin said. “Jarquez is humble, he works every single day, he focuses on trying to be the best that he can. He’s got a role on this team and it will continue to grow and he will have opportunities that way.”

Sophomore running back Tank Bigsby also commented on Hunter saying, “He is a very talented back, he has everything it takes to be a great back. I feel like he’ll be able to do the job if Coach is calling his name.”

Bigsby also commented on the upcoming tough road matchup saying, “I’m thankful for this opportunity and I’m glad we get to play this game Saturday and I’m very excited for it and ready…We're preparing and are ready to go out there and handle our business.”

Tank and the No. 22 Tigers travel to Happy Valley Saturday to take on No. 10 Penn State for the Nittany Lions yearly White Out Game. Kick-off is slated for 6:30 p.m. CT with coverage beginning at 9 a.m on College GameDay. The game will be broadcasted on ABC.