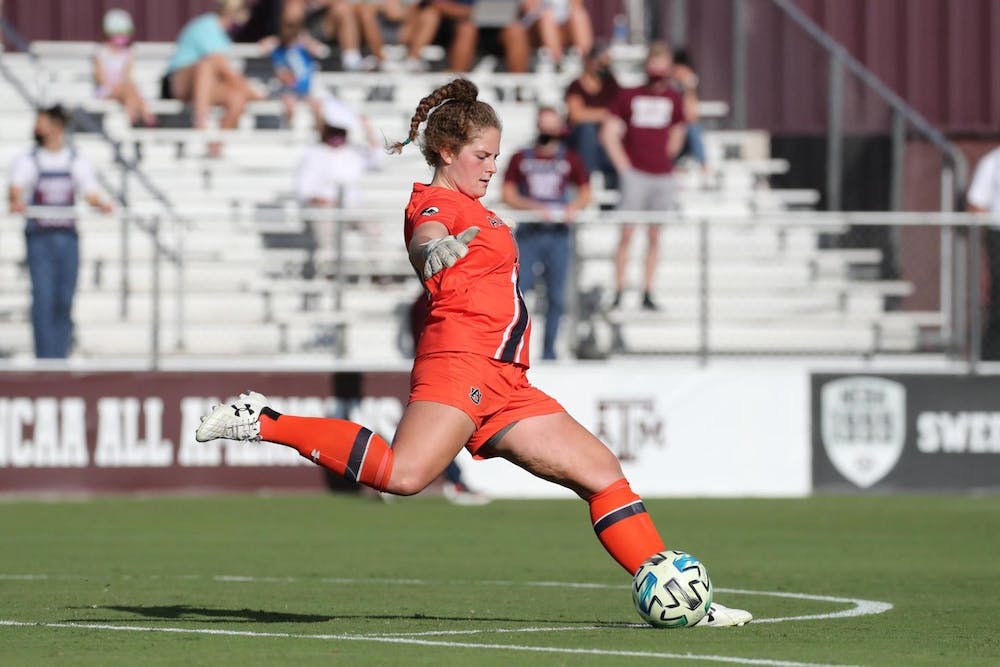 Right after Prohaska was named the Southeastern Conference Defensive Player of the Week she was recognized. This marks the second time Prohaska has been honored by Top Drawer Soccer this season.

The Tigers had their third win against the Bulldogs Saturday an SEC rival. Prohaska was help full in Auburn’s 1-0 win.

On Saturday she turned in her fifth solo shutout and sixth clean sheet overall. She had five saved in the game against the Bulldogs. Georgia fought but Prohaska fought back and made a pair of huge saves in the final minutes.

She continues to lead the league in save percentage (.838) and now is tied in the solo shutouts (five) and is second with goals-against average (0.89).

On Mar. 20 the Lady Tigers continue with back-to-back contests at Louisville then against Alabama on Mar. 27.