Tigers Fall in Game One to No. 22 Boston College 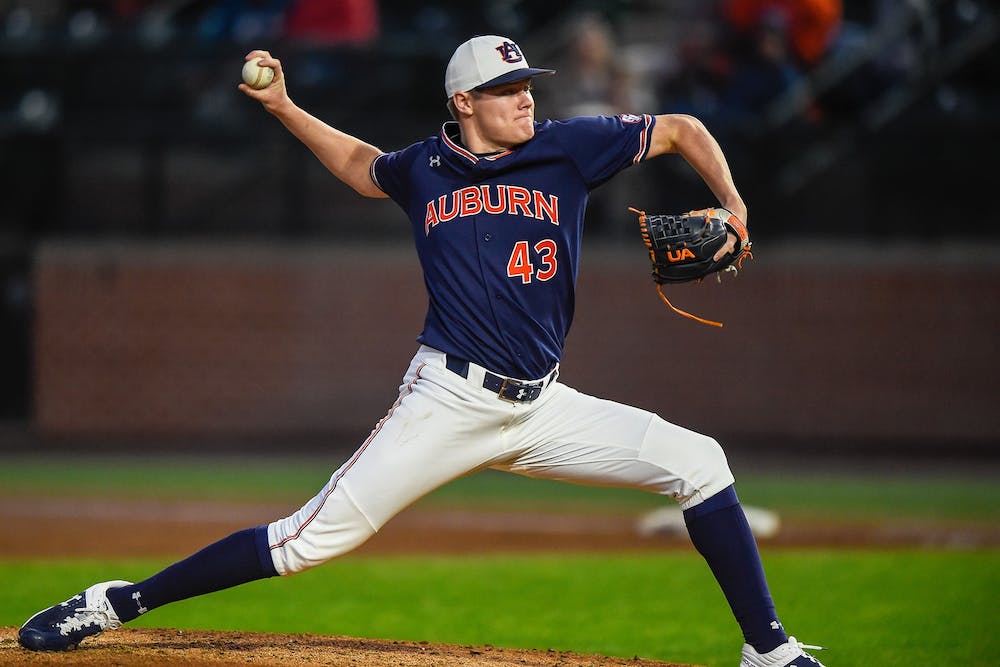 AUBURN, Ala. (EETV) - The Tigers allowed 8 runs in the defeat to Boston College. Auburn saved themselves from their first shutout loss of the season late in the game.

The star performer for the Eagles was starting pitcher Mason Pelio. The junior held the Tigers scoreless through six and a half innings and only allowed 4 hits.

Sal Frelick and Luke Gold were the two big hitters for BC.  The pair hit two home runs each for the Eagles including three solos and a two-run shot to left from Gold.

Richard Fitts started on the mound for the Tigers and was pulled in the sixth inning after allowing five runs. Brooks Fuller came in after but was pulled after giving up three runs in one inning. Seb Thomas would finish the game pitching for Auburn.

There were opportunities for Auburn to get back into the game. The Tigers had men on first and second in the fifth and sixth inning but failed to capitalize. Auburn finished the night 1-11 with runners in scoring position.

Joey Walsh took over pitching duties for the Eagles after Pelio was pulled. Walsh gave up 2 runs late courtesy of Kason Howell and Bryson Ware.

Tiger’s coach Butch Thompson let everyone know postgame that Judd Ward more than likely won’t play the second game because he is swinging the bat at about 50%.

The second of a three-game series against Boston College continues on Saturday. First pitch is scheduled for 1 p.m. CT at Plainsman Park.