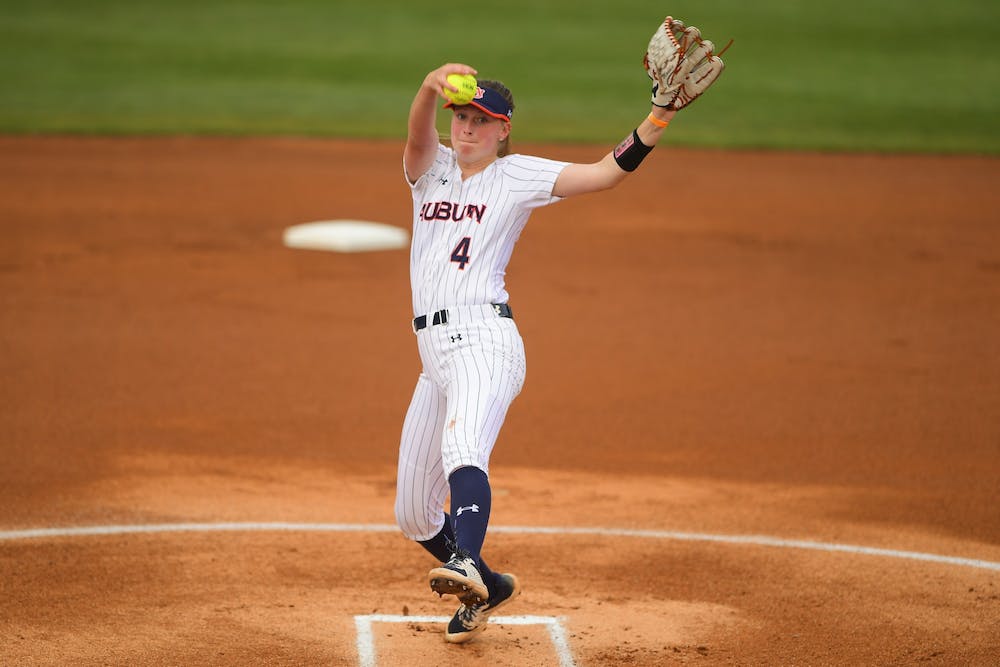 AUBURN, Ala. (EETV) - Coming off the back of her second no hitter in less than a month, Maddie Penta has earned her second SEC Freshman of the Week award.

The Tigers went unbeaten in the Tiger Invite last week with five wins, beating Jacksonville once and Murry State and IUPUI twice. Penta started on the mound against IUPUI and Jacksonville.

The freshman talent is the first Tiger to win multiple Freshman of the Week honors in the same season since Kasey Cooper in 2014, as well as the first Auburn pitcher to win the award multiple times since 2007.

Penta pitched two complete-game shutouts over the course of the Tiger Invite. In two games, she tossed 27 strikeouts and only allowed 4 hits and 4 walks to go with her stellar performance.

The right-hander’s 17 strikeouts in one game was just one short of the school record for most in a game. She leads the SEC in shutouts and all freshman in strikeouts boasting 49.

Penta is now 5-0 on the mound which is the best start for a freshman since Makayla Martin went 10-0 to start the 2016 season.

The Tigers will take the field again on Thursday to take on Troy. First pitch is scheduled for 5 p.m. CT at Jane B. Moore field.