From the Plains to Orlando: Malzahn Takes the Reigns at UCF 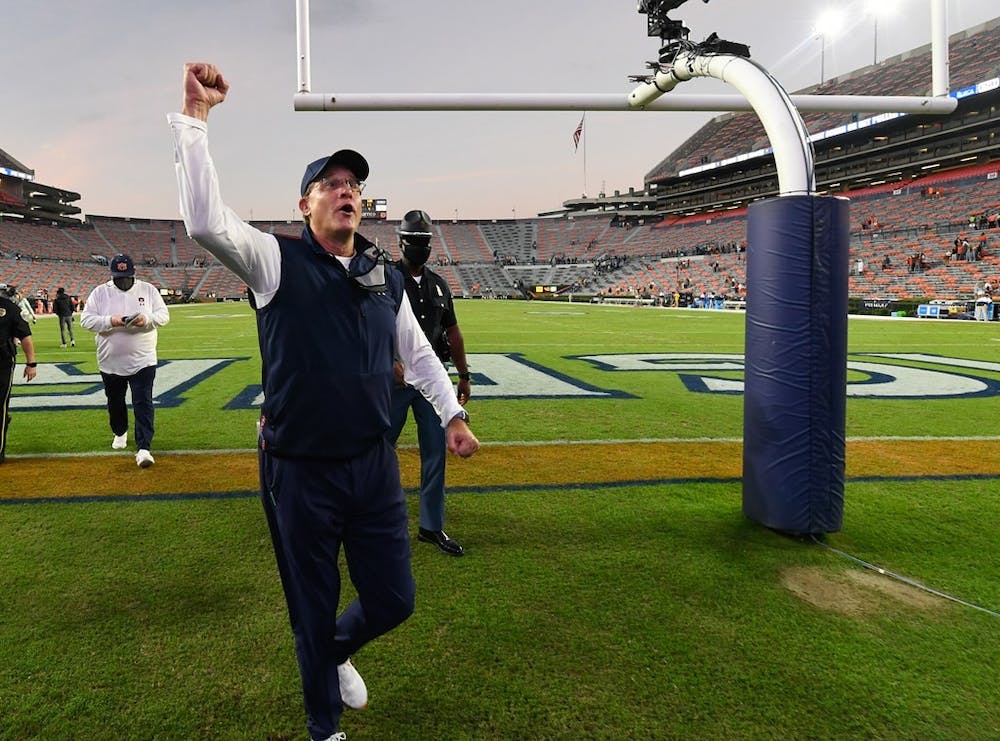 AUBURN, Ala. (EETV) On Sunday, Dec. 12 — fewer than 24 hours after Auburn’s victory in its regular season finale — eighth-year head coach Gus Malzahn was relieved of his duties as the head of the Auburn football program. Despite speculation over if and when the coach would return to the sideline, Malzahn finds himself back in the saddle a mere 64 days later. The UCF Knights have found the next face of their program.

Rumors began circulating late Sunday evening with the first confirmation of the hire coming on Monday morning from Pete Thamel of Yahoo Sports via Twitter.

Sources: UCF is close to finalizing a deal to make Gus Malzahn the next football coach. An announcement is expected as soon as today.

The official UCF Football Twitter page was quick to tease its fan base with the hiring essentially public, Tweeting a playful graphic with the simple hashtag “#ChargeOn.”

UCF’s official announcement from the university’s athletic department came later in the afternoon.

As the new head coach of the black and gold, Malzahn inherits a team that is 31-9 dating back to the 2017-18 season and will be the third head coach of the program in four years, succeeding Josh Huepel  — recently hired by Tennessee — and Nebraska’s Scott Frost.

In his time at Auburn, Malzahan recorded a record of 53-27, a pair of SEC West division titles, one SEC Championship and an appearance in the 2013 BCS National Championship.

With spring football just around the corner, the return of Malzahn to play calling is seemingly just around the corner. Without the announcement of a live broadcast spring game, the newly-hired head coach’s debut for the Knights will likely be on Sept. 4 when UCF opens its season against visiting Boise State in the Bounce House.