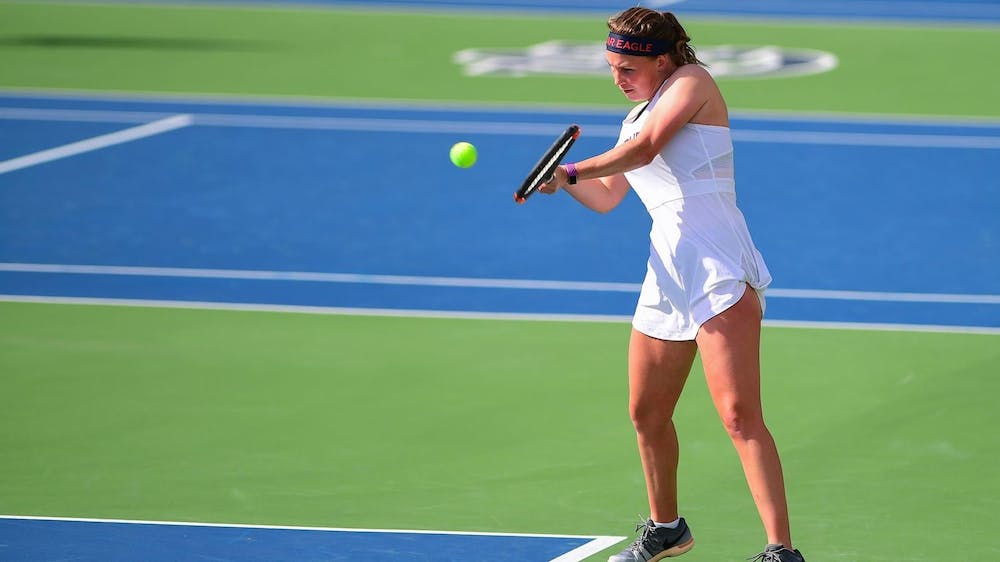 AUBURN, Ala. (EETV) - After falling short to Clemson in doubles, the Auburn Tigers fought hard for a comeback in the singles matches, leaving their second straight ACC game on the road with a 4-3 win.

The Auburn doubles pair of Selin Ovunc and Taylor Russo defeated Clemson’s pairing of Middlebrooks and Marti. However, the Tigers fell short in the two other doubles matches as Clemson’s Jenna Thompson and Eleni Louka won the match over Auburn’s Georgie Axon and Adeline Flach, 6-1, with Sophia Hatton and Cristina Mayorova adding a win for Clemson in a 6-2 defeat over Carolyn Ansari and Yu Chen.

Second year head coach Caroline Lilley explained that her girls struggled during doubles, but fought hard in the singles matches to come back and claim a win for the Tigers.

“I certainly commend the grit and resilience, the willingness to find a way to disrupt even when the score wasn't in our favor. The tennis won't always be pretty, but the heart can always have a posture of tenacity and toughness," Lilley said.

The Tigers pulled through with 4 out of 6 wins in the singles matches. Sophomore, Selin Ovunc, sophomore, Carolyn Ansari, senior, Georgie Axon, and freshman, Adeline Flach each added a singles win for Auburn this past Sunday. After a slow start, Flach clinched her third win of the season.

Auburn is set to hit the road again on Saturday, Feb. 13 for a match up against North Florida. This is a rescheduled match that will begin at 11 a.m. CT in Jacksonville, Fla.