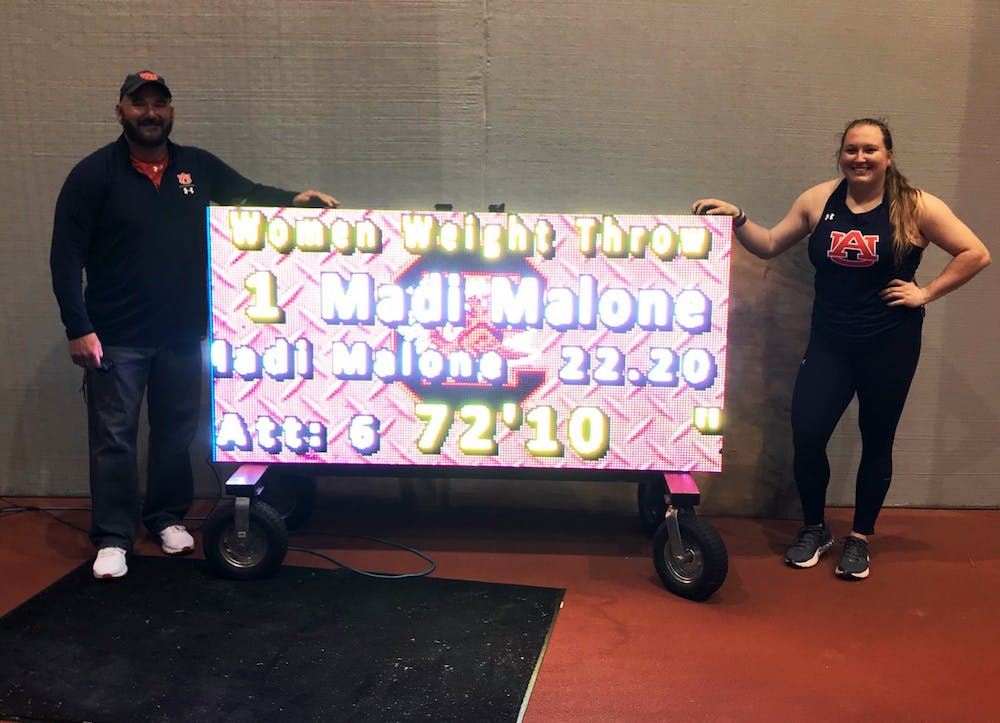 AUBURN, Ala. (EETV) - On Tuesday, junior Madi Malone was named the Track and Field SEC Co-Athlete of the Week. Malone earned this honor after breaking her own school record in the women’s weight throw at the Carolina Classic this past weekend. Her throw posted a nation’s best mark with 22.0m/72-10.

Malone broke the South Carolina indoor facility record with five of her six throws being 21.50m or longer, beating the second-place opponent by 12 feet. These throws were nationally five of the seven marks of that distance this season.

This is the third event win of Malone’s Auburn indoor career, with all being from her last five competitions dating back into 2020. Since Raevan Harris in 2009, Malone’s SEC honors are the first by an Auburn woman track and field athlete.

Look out for Malone and the rest of the Auburn team in the Bob Pollock Meet in Clemson, South Carolina this weekend, Jan. 29-30.