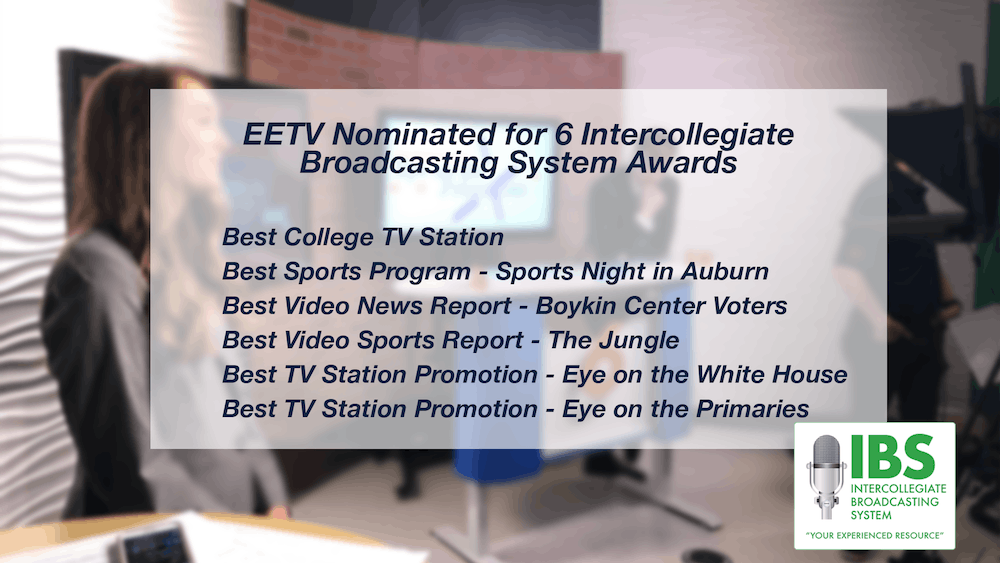 Auburn, AL (EETV)- Eagle Eye TV has been nominated for six awards by the Intercollegiate Broadcasting System as a part of the 2021 IBS Awards.

IBS is a membership group that contains over one-thousand student and non-student run radio and television stations. You can view the video below for each of the six awards EETV has been nominated for.