Auburn Falls to Arkansas in a Hard Fought SEC Opener 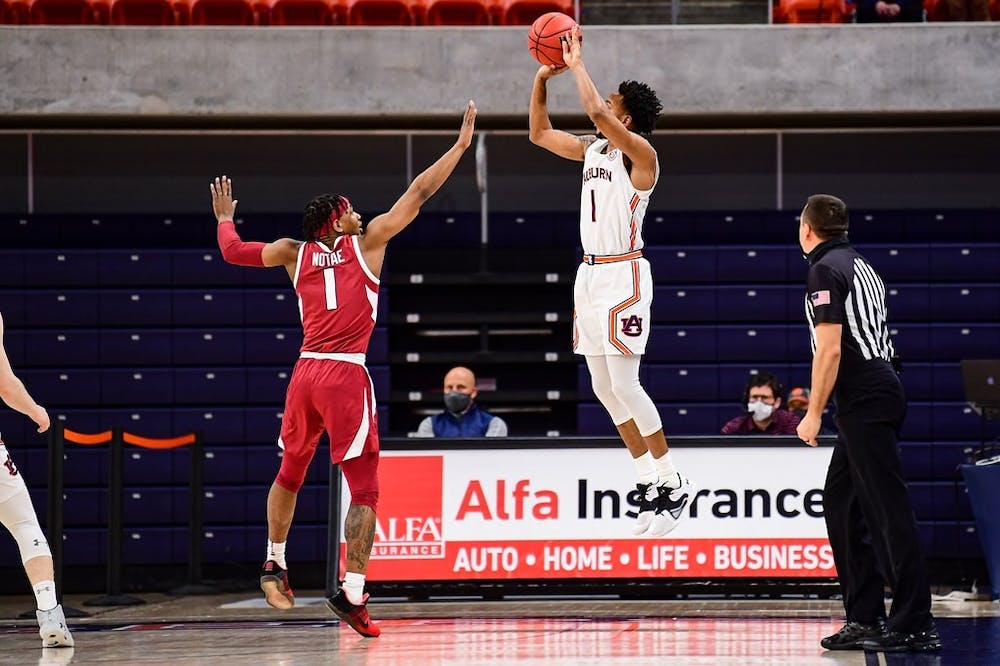 The contest was physical on both sides of the ball as the young Tigers had to handle the size of Razorbacks.

Pearl praised their opponents saying, "Arkansas was fast and quick, we just couldn't keep them in front whether it was in man or zone. They shot 31 free throws in our building which means we fouled them too much, and that's why they left with the win"

Jamal Johnson came off the bench to lead the team with a career high 21 points including made five three-point shots.

"Our main goal is to win games this year," Flanigan said, "Career numbers are fine and all, but the coaching staff and players want to win and that's our focus."

Turnovers were the difference as Auburn had 19 turnovers to just 10 from Arkansas.

"Shooting 52 percent from the field usually wins you a game", Pearl said, "but we turned the ball over 19 times and didn't do a good job of handling possesions."

The Razorbacks finished the game with a 17-7 run to remain unbeaten after nine games.