Men’s Tennis Kicks Off the Season with a Doubles Win 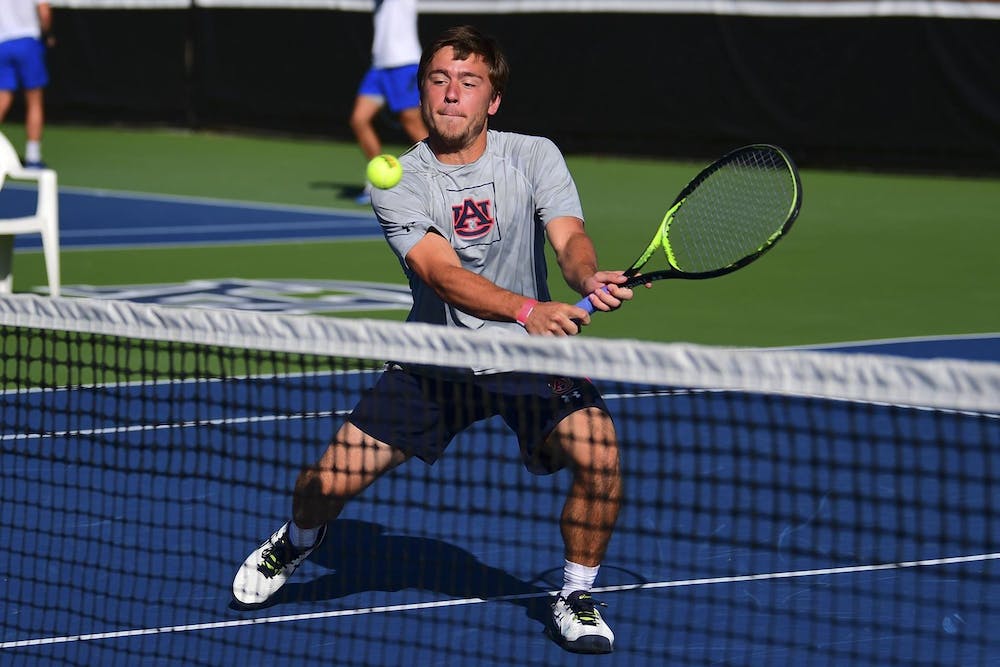 AUBURN, Ala. (EETV )- The Auburn men’s tennis team began their season with a doubles win, as well as two singles wins, this past Sunday at the Yarbrough Tennis Center in Auburn, Ala. at the Tiger Fall Invitational.

At the end of the weekend, sophomore Tyler Stice and freshman Jackson Ross were the doubles champions, picking up a crucial win for the Auburn Tigers. Stice, a former SEC player of the week in his rookie season, and Ross, a top 20 recruit nationally in his class, went 3-0 in doubles during the weekend.

The pair started with a win over Florida’s Josh Goodger and Andy Andrade 8-4. They then went on to defeat Vanderbilt’s Macsen Sisam and Marcus Ferria 9-7, as well as Alabama’s Riccardo Roberto and Zhe Zhou 8-4.

Although Sam Riffice, the seasoned junior from the University of Florida, claimed the title of singles champion, the Tigers managed to pick up a few singles wins this weekend.

The Tigers will continue their season at the Vanderbilt Invitational October 16-18 in Nashville, Tenn.