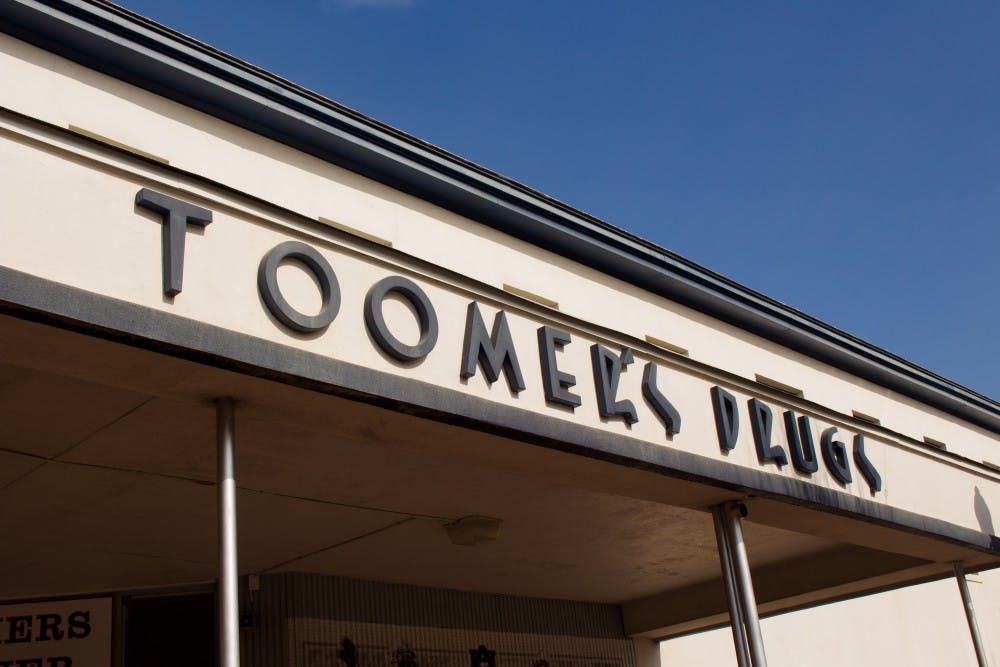 AUBURN, Ala. (EETV) - An Auburn University student believes she was racially discriminated against and fired from Toomer’s Drugs because she was black.

Tyneshia Turner was employed at the small business for approximately two months until she received a phone call from her manager, Michael Overstreet saying she was terminated. Originally, she was not provided a reason for being terminated.

Turner says she contacted the manager and asked why she was dismissed from the job.

“When I sent him a text message, he gave me a response on Friday, Sept. 18, saying that my instincts weren’t the right fit for Toomer’s,” Turner said.

Turner says she was confused by the statement and asked for clarification. She says the manager began to stutter and reiterated that she did not have the “right instincts” to work for the company.

Turner says she began to ponder potential reasons why she was fired but was unable to think of a valid cause. She says she was never late to work, rude to a customer, and always completed assignments.

She says a former coworker told her that similar incidents have occurred at the store in the past with former black employees.

“She said that the owner's wife, who also works there always had a thing with skin color and I'm like ‘what do you mean’ and she’s like ‘well this kind of happens all the time’,” Turner said.

Turner says she thought back to her encounters with the owner's wife and how she was treated.

Turner was the only person of color and says she felt isolated but continued to work.

Turner says she was giving specific cleaning tasks that had not been completed in months. She says other employees were not ordered to complete those tasks. In addition, she says she was not trained on the cash register and her hours were reduced.

“I never got trained on the register even though I started at the same time as two other girls and they got trained in about three weeks of working after I started working there. My hours got cut significantly,” Turner said.

After reflecting on how she was treated and the reason for termination, this led her to believe that she was fired because of her race.

Betty Haisten, the owner of Toomer’s Drugs, issued a statement to Eagle Eye Tv pertaining to the company's policies and procedures.

“Toomers is an equal opportunity employer. We hire people based on qualifications and dismiss them based on job execution. When an employee fails to meet job expectations, they are terminated regardless of gender, ethnicity, sexual orientation, or disabilities,” Betty Haisten

After Eagle Eye TV followed up with Haisten and store manager, Michael Overstreet, through both a phone call and emails asking for an interview to address the discrimination allegations, Eagle Eye TV was told by Overstreet, “The owner has already issued a statement regarding this matter.”

Eagle Eye TV responded to Overstreet informing him that a former employee is alleging specific allegations regarding the reason for termination and we requested an interview to address the issue. There has been no further response from Overstreet.

Turner says her feelings were hurt after she figured she was fired because of the color of her skin.

“Obviously, I felt terrible. I’ve never been fired from a job before. Obviously, I faced discriminatory comments, or my boss not liking me for having a darker skin color but when I figured out that was what it was after everything clicked, I was hurt honestly,” Turner said.

Turner says that she relied on her employment at Toomer’s Drugs as an opportunity to pay for school.

Turner has not sought legal action and says she is currently in search of another employment opportunity. She says her job search has been difficult because of the COVID-19 outbreak but she continues to job search.

Turner says her friends and family offer her encouragement daily.

“My mother, grandmother, and best friends are supporting me from four hours away in Huntsville, Alabama. They remind me of how strong I am and that nothing happens for a reason. They tell me every day that I will get through this storm and my breakthrough is coming.”

Eagle Eye TV will continue to update this story if and when Toomer’s Drugs responds to a request for comment.