D.J. Williams Has High Expectations for Himself and Auburn This Season 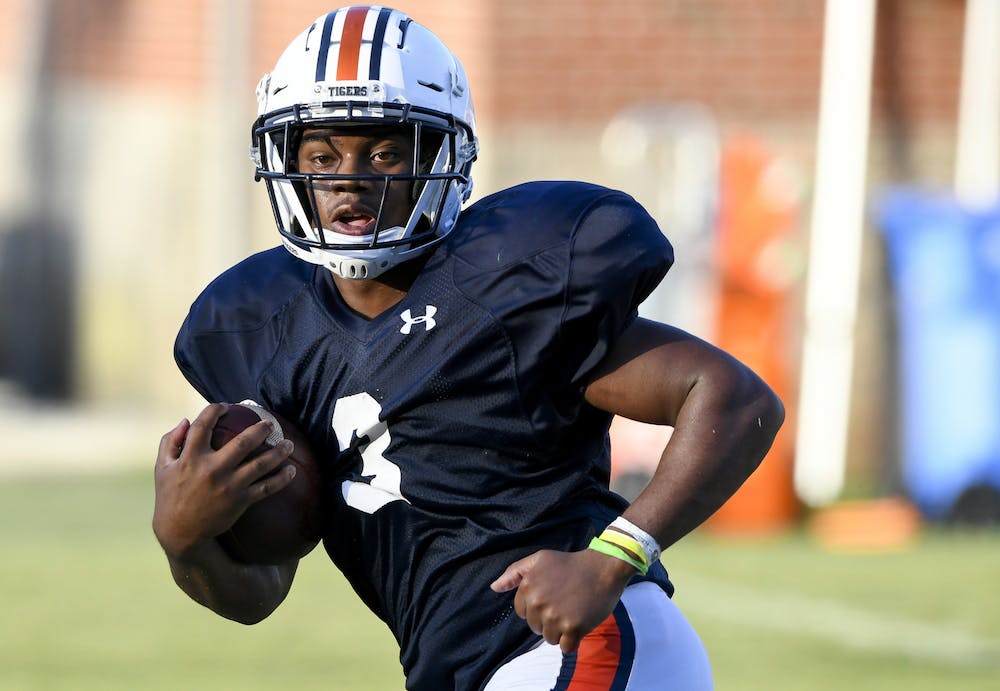 AUBURN, Ala. (EETV)- With only 10 days before SEC football kicks off, Auburn running back D.J. Williams shared insights on how the season will play out.

Williams is excited with how the team is shaping up as the Tigers prepare for their home opener.

When asked about how feels as a second-year member of the team coming off his injury the previous season, he said he feels like he most improved in areas where he had more time to practice. Last season, he did not get as much practice time due to an undisclosed injury.

Williams spoke about his experience working with RB Coach Carnell Williams, who also played as a running back for Auburn and in the NFL.

“It’s pretty good," Williams said. "Hearing the name as a high school player and getting to play for him now…it's pretty good.”

Williams likes how the offense has been coming along, describing the group as “explosive.”

He believes that it is not a battle between the running backs, rather they are all family and treat each other like so.

“From last year we didn’t fall off at all,” said Williams of Auburn’s offensive line even with the restricted practices due to the COVID-19 pandemic. He says that the pandemic brought the team closer and strengthened them just like any hardship does.

Williams is ready to get back to playing. He said he feels calmer and more adjusted being a second year player on the team and is ready to just “run the ball.”

His expectations for the season, both personally and for the whole team, are high. Williams did extra training in the offseason with professional football players Sammy Watkins and Robert Jackson, taking advantage of the time off during the pandemic to get better.

Williams is happy to be a part of the Auburn offense and proud to work with the different styles of each running back.