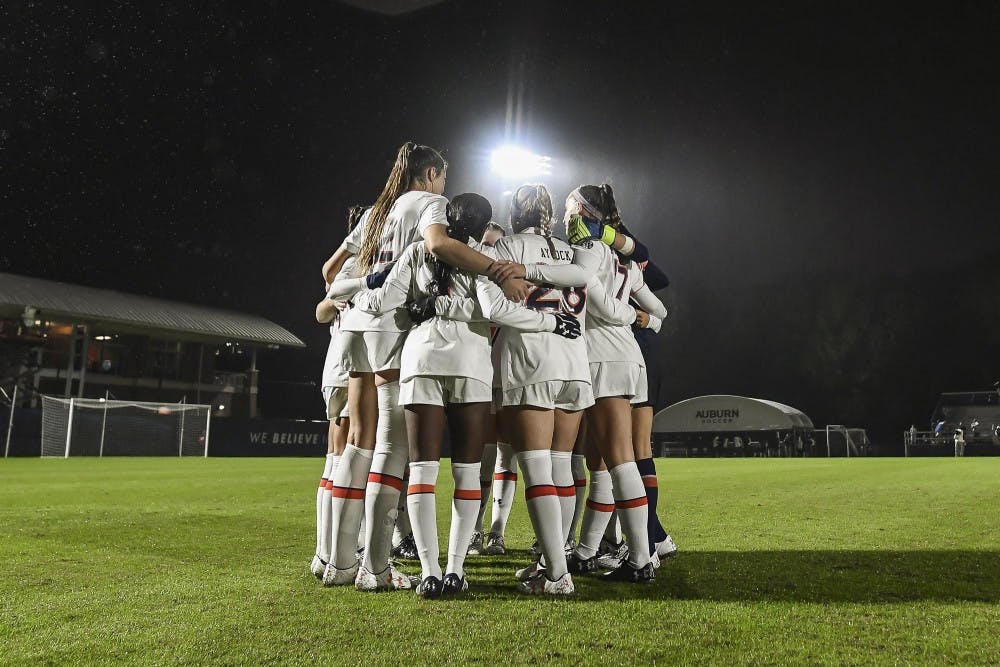 
Auburn Soccer Team in a huddle

AUBURN, Ala. (EETV)— The Southeastern Conference announced they will push back the start date of several fall sports including cross-country, soccer and volleyball until after August 31.

The league hopes the delay will allow additional time to ensure a safe return. Both exhibition as well as non-exhibition games are included in the postponement. The rescheduling of any nonconference matchups will be decided by each school.

SEC schools are currently following the guidance of the Conference's Return to Activity and Medical Advisory Task Force and the NCAA’s Resocialization of College Sports Guidelines while their student-athletes take place in preseason activities.

The conference is continuously monitoring developments to determine potential impacts of the pandemic on the fall schedules of all sports while prioritizing the health of its student-athletes.

The announcement comes after the athletic directors of all 14 programs met in person in Birmingham on Monday.

As of now, SEC football is still scheduled to start on time. Commissioner Greg Sankey said the league plans to wait as long as possible before making a final decision regarding the sport.