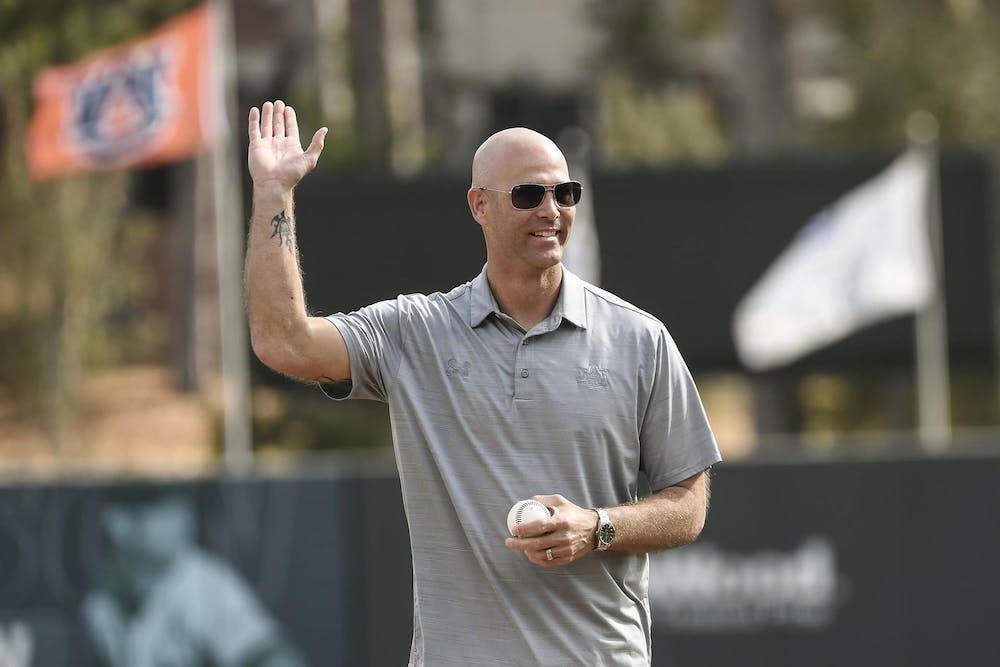 
Tim Hudson returns to Auburn as the pitching coach for the Tigers.

Hudson was one of the best players in program history, serving as a two-way player, and had a career batting average of .319 while having a 120-16 overall record as a starting pitcher.

His accolades continued to grow while he was pitching at the Oakland A's and Atlanta Braves. Hudson was inducted into the Atlanta Braves Hall of Fame and his .611 winning percentage ranks third all time for the franchise.

He will have a talented pitching core to work with during this upcoming season, including projected first-round pick Tanner Burns.

Hudson returned to Auburn last year to finish his degree.