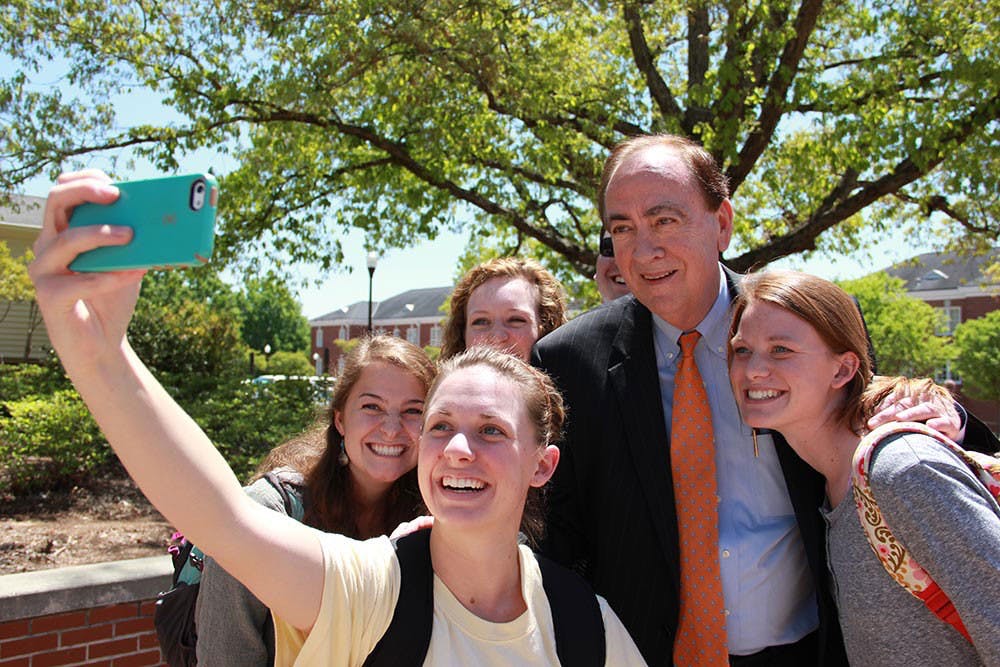 Eagle Eye TV sat down with Gogue just before his retirement in 2017.

Gogue served as president of his alma mater for ten years before retiring in July 2017. During his tenure, Gogue's key accomplishments included establishing the Miller Writing Center, use of DegreeWorks, the Office of Sustainability and Auburn Global, among other programs.

In 2007, Gogue began his tenure as Auburn's 18th president. During his first year as president, Auburn exceeded the $500 million "It Begins at Auburn" campaign goal nine months early, became the first university with a transit system that uses biodiesel instead of regular diesel fuel and launched the AU Alert Emergency notification system.

Before Gogue's retirement in 2017, the university began working on the new culinary science center, Mell Corridor project, additions to the Raymond J. Harbert College of Business and a performing arts center.

Auburn University broke ground on the Jay and Susie Gogue Performing Arts Center in March 2017. The performing arts center is located across from the Jule Collins Smith Museum of Fine Arts and will celebrate its inaugural season this fall. The center will bring diverse forms of art including Broadway, celebrity performance, and dance to the community.

Gogue will next be considered by the entire Board of Trustees on July 8 before being appointed. He will remain in place while the university works to begin a national search for a new president.