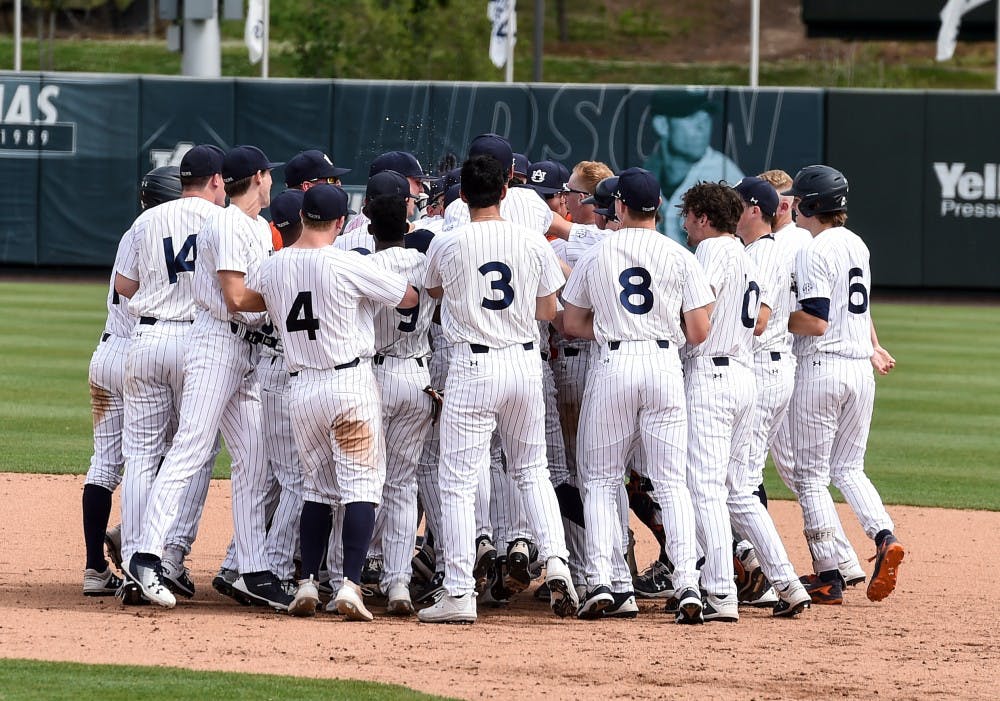 AUBURN, Ala. - Auburn baseball's left-handed pitchers Jack Owen and Elliott Anderson, along with third baseman Edouard Julien, were selected on the final day of the Major League Baseball Draft Wednesday.

Draft eligible sophomore Julien was taken with the 539th overall pick. This is the second time in the Quebec City native's career he has been drafted. Julien was previously drafted by the Phillies in the 2017 MLB Draft.

Owen, another draft eligible sophomore, was taken by the Cardinals with the 635th overall pick. This marks the first time in the pitcher's career he has been drafted.

Anderson, a junior, was also selected for the first time in his career. The Royals took the pitcher with the 679th overall pick.