Auburn Avoids Loss On The Road Against Georgia 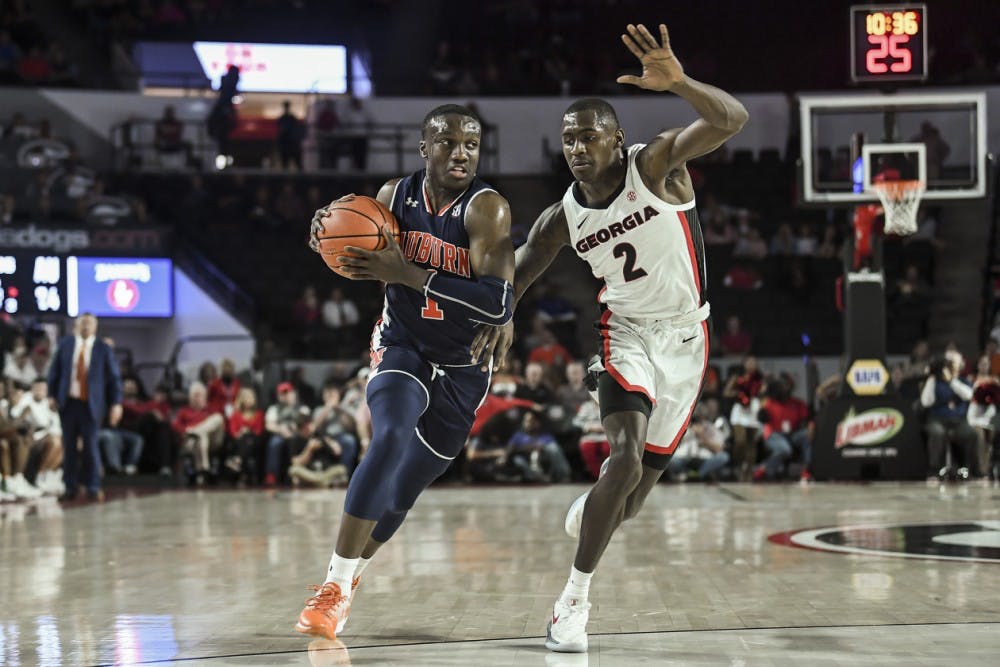 Athens, Ga. (EETV)- The Auburn Tigers (19-9, 8-7 Conf) barely escaped Athens with a win Wednesday night, getting by the Georgia Bulldogs (10-18, 1-14 Conf) 78-75. It was the same old story with the Tigers, playing down to their competition. A win is a win, especially this late in the season, but fans will have more questions than answers after this performance. If losing to Kentucky 82-80 earlier in the year was a "good loss", then this game could be described as a "bad win." Georgia's lone SEC win came against Vanderbilt, a team that has zero conference wins and is literally at the bottom of the SEC.

The first half was action packed with Auburn leading 50-40, and tested the cardiovascular health of each squad, running back and forth. The game had a great pace and Auburn lead as many as 14 points. But, the same inconsistencies of the Tigers led the Bulldogs back into the game. Without Austin Wiley, Auburn was yet again out-rebounded 32-29 and Georgia took full advantage of that in the second half, outscoring the Tigers 35-28. Not only did Georgia out-rebound Auburn, but they had a better field goal percentage, 52.9 to 45.3 percent, shot better from the 3-point line, 42.9 to 35.5 percent, and had more assists than the Tigers.

Auburn's defense was the key factor in this game, forcing Georgia into 14 turnover compared to Auburn's seven. The Tigers were able to get into transition and score easy buckets in the process. Chuma Okeke's game-winning three-pointer broke the 75-75 tie to put Auburn up by three for good. His stat line included 13 points, six rebounds, two blocks and one steal.

Jared Harper led all scorers with 22 points to go along with his five assists. He also shot 50 percent from behind the three going 5-10. He was by far the best player on the court Wednesday. Bryce Brown had a night to forget, going 3-12 from the field and 1-9 from three. Improvements must be made for this team to at least win one game in the NCAA tournament.

Georgia had four starters in double-figures with Jordan Harris leading the way with 18 points, followed by Nicolas Claxton with 14, and Derek Ogbeide and William Jackson Jr. tied with 13 points.

Up next for Auburn is a home game against the Mississippi State Bulldogs (21-7, 9-6 Conf). ESPN's matchup predictor is giving Auburn a 73.9 percent chance of winning this game. Tip-off is set for 3:00 p.m. and will be televised on ESPNU.