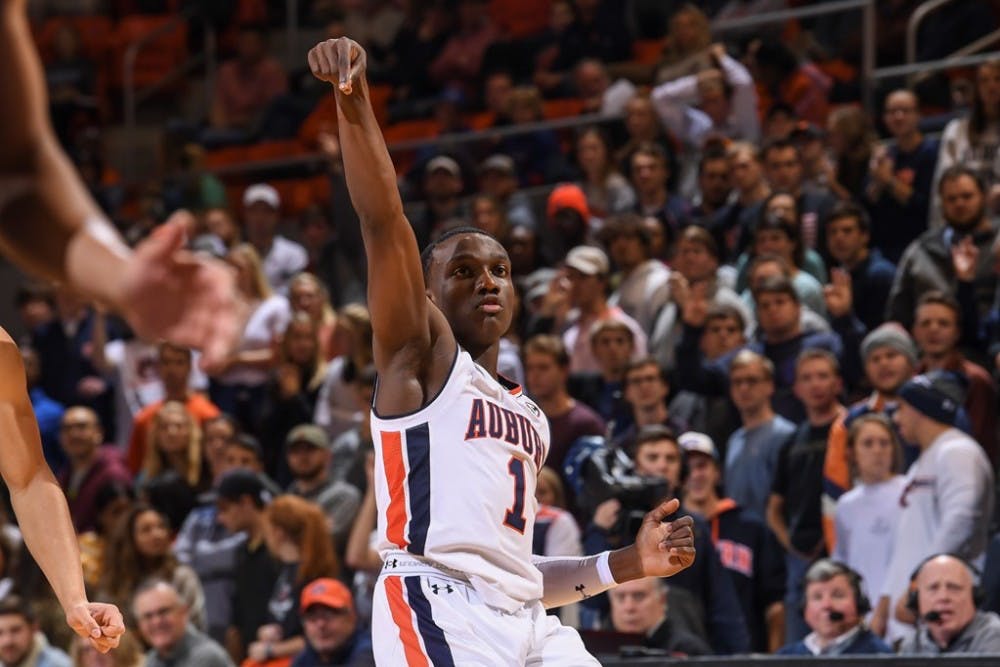 The Tigers came into the game ranked eighth and a 6-1 record to start the season.

At halftime, the score was 33-18, but the Tigers were struggling to make some shots. Austin Wiley led the team with 8 and Jared Harper both added 6.

The Tigers came out more explosive in the second half as the went on to win by a final score of 67-41.

Austin Wiley had 14 points on the night and Samir Doughty had 13.

Wiley said, "We didn't play our best basketball, and coach says we can't play down to our opponent."

The Tigers shot 47.9 percent and were only 9-23 on three-point attempts.

With the win Auburn improves to 7-1 and will face the Dayton Flyers on Saturday at 7 PM in Auburn Arena.