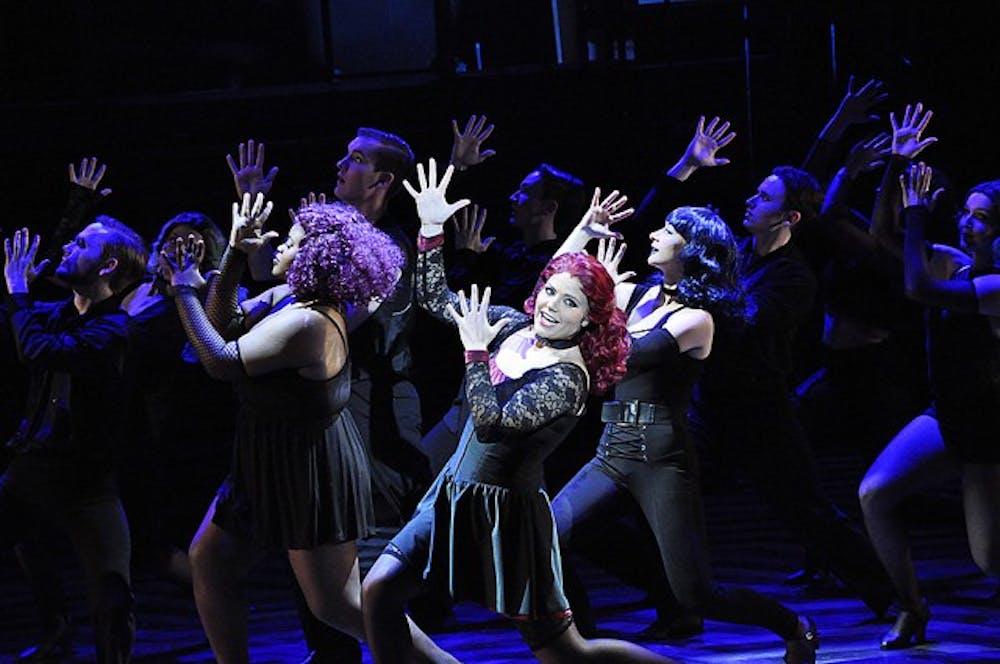 "Chicago" follows Roxie Hart as she joins the ranks of Velma Kelly and the other "merry murderesses" of the Cook County jail in 1920s Chicago. With the help of lawyer Billy Flynn and prison matron Momma Morton, Roxie and Velma harness the power of celebrity to plead their cases and become stars. Although "Chicago" originally opened on Broadway in 1975, its tawdry tales of celebrity culture run amok remain relevant today. Audiences can expect a stage chock full of sultry movement, shrewd vocals, and satirical humor.

Auburn's production of "Chicago," features Meg McGuffin, who was Miss Alabama in 2015. McGuffin is currently a graduate student at Auburn.

"Chicago" first appeared onstage as a play that eventually caught the eyes of choreographer/director Bob Fosse and his wife, Gwen Verdon, an actress. At Fosse and Verdon's urging, American songwriters John Kander and Frank Ebb adapted the original play into a tawdry, jazz musical that premiered on Broadway in 1975. While a mild hit, the musical did not enter into the pantheon of musical theatre until the revival premiered on Broadway in 1997. That revival production still runs at the Ambassador Theatre and has reached nearly 9000 performances.