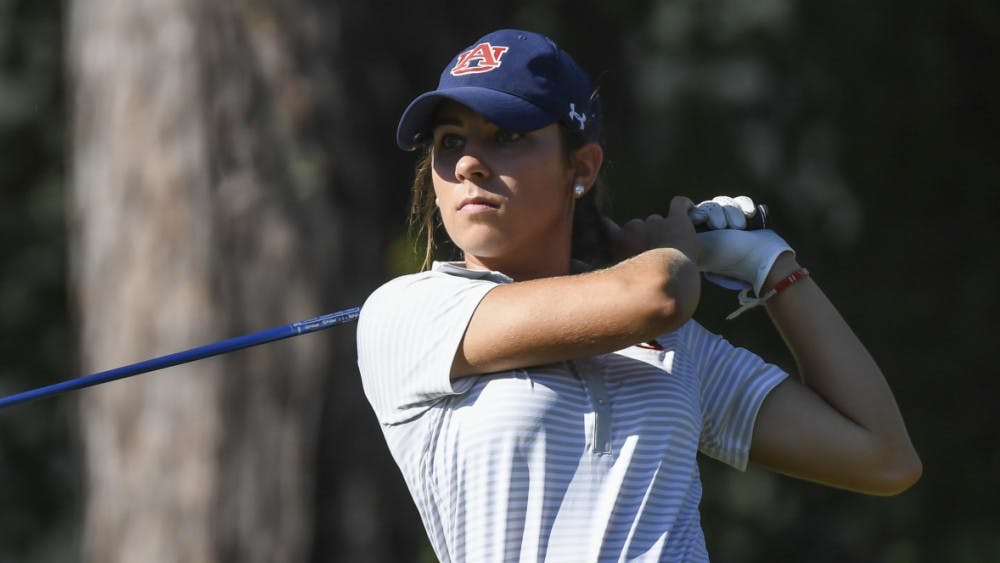 
Elena Hualde recorded her third round in the 60s this season on Tuesday.

Sophomore Elena Hualde shot a 3 under-par 69 to move the Tigers up in the ranks in Tuesday’s final round of the Magnolia Invitational.

Hualde’s round was only her third round in the 60s this season. This boosted her to an 11th-place finish overall in the tournament.

Senior Michaela Owen was the teams’ top individual finisher, at 1-over for the tournament. Owen recorded three birdies on the final day to post an eight place over all finish and her fourth top-10 finish of her career.

Senior Kelli Murphy posted a 74 (+2) and freshman Kaleigh Telfer carded a 76 (+4) for Auburn’s other two counting scores on the day. Telfer tied for 27th in her first collegiate tournament, while Murphy and sophomore Kayley Marschke tied for 34th.

Ole Miss earned the victory at 854 (-10), seven shots ahead of the second-place team, Memphis. Ole Miss’s Julia Johnson and Memphis’ Abby Herrmann were co-medalists at 209 (-7). Johnson would eventually win a two-hole playoff to take the title.