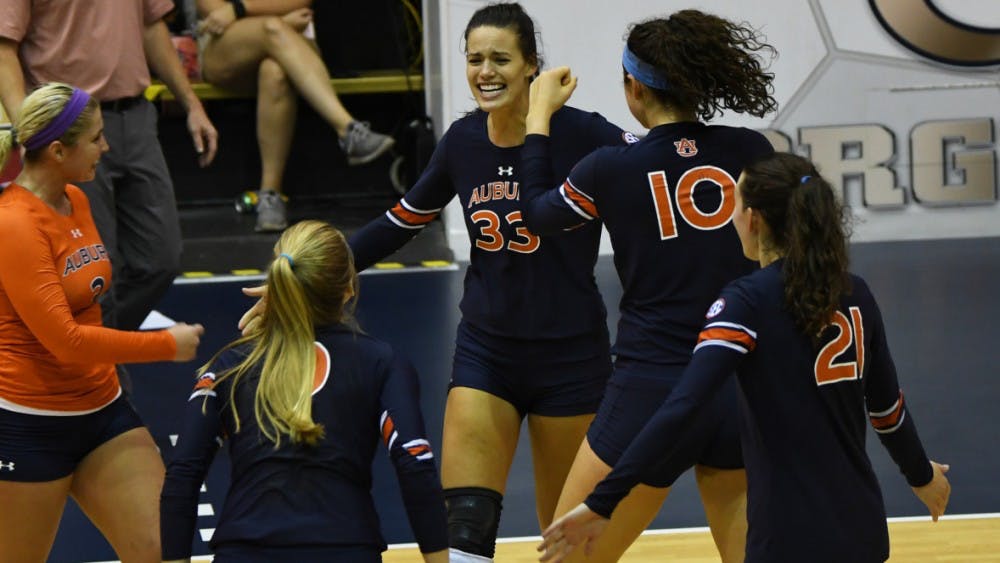 Auburn, Ala. (EETV) -  Volleyball finished out the weekend with another sweep, this time against Arkansas.

The Tigers won the match 3-0 and now improve their record to 10-3 overall.

“I’m very happy with the aggressiveness we played with today,” Auburn head coach Rick Nold said to Auburn Athletics. “We are a team that will make mistakes here and there, but I’m proud how we handled ourselves today and stayed aggressive in every aspect on the court.”

Senior Jesse Earl had 20 digs against the Razorbacks, which is the fourth time in the last five matches she has recorded at least 20 digs.

On the other side of the net, Auburn limited the Razorback’s Pilar Victoria, who leads the country in kills/set, to just seven kills.