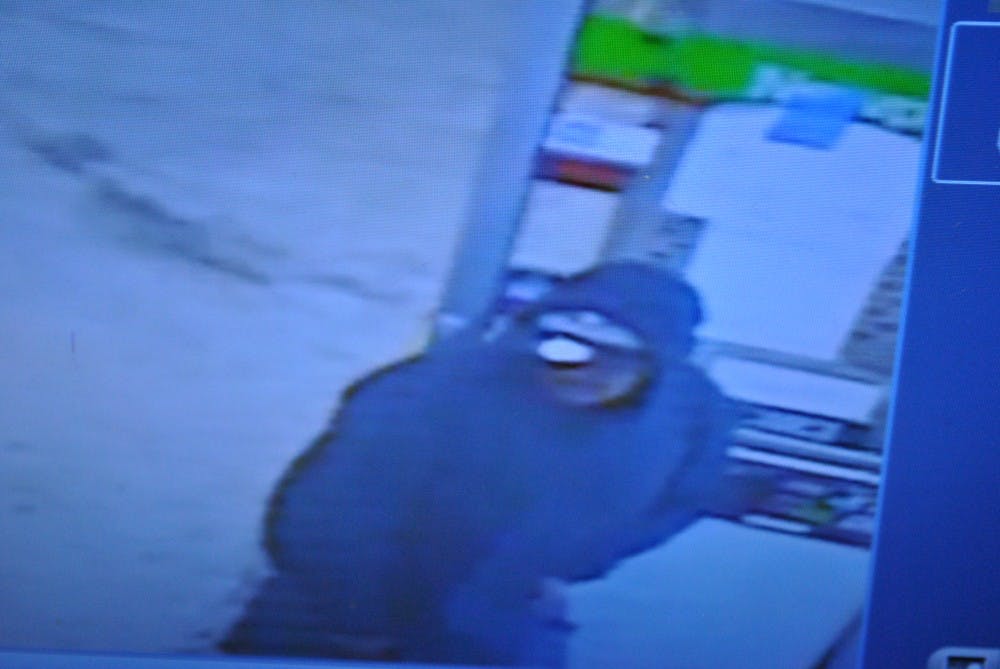 Opelika, Ala. (EETV) - Two people were shot during a robbery in Opelika Monday Morning.

The first victim suffered life-threatening injuries and was air-lifted to Midtown Medical Center in Columbus, Georgia. His condition is unknown.

Evidence suggests that three suspects pulled up to the business. Two suspects got out of the vehicle and entered the business. Both were armed with firearms. The suspects demanded money and then began shooting.

The suspects fled the store with an undisclosed amount of money. They then entered the vehicle, driven by the third suspect, and drove away in an unknown direction. The attached photographs are from one of the store’s security cameras.

Suspect #1 is described as a black male. He was last seen wearing a baseball cap with a logo and a dark colored hoodie.

Suspect #2 is described as a black male. He was last seen wearing a blue hoodie, a white shirt, dark pants, and white shoes.

The suspect vehicle is described as a dark in color, four doors, it had a sunroof and a spoiler on the rear.

Anyone who may recognize either suspect, the vehicle or may have any other information on this case is asked to call the Opelika Police Department’s Investigative Services Division at (334) 705-5220. You may also call our Secret Witness Hotline at (334) 745-8665. You may remain anonymous if you wish.