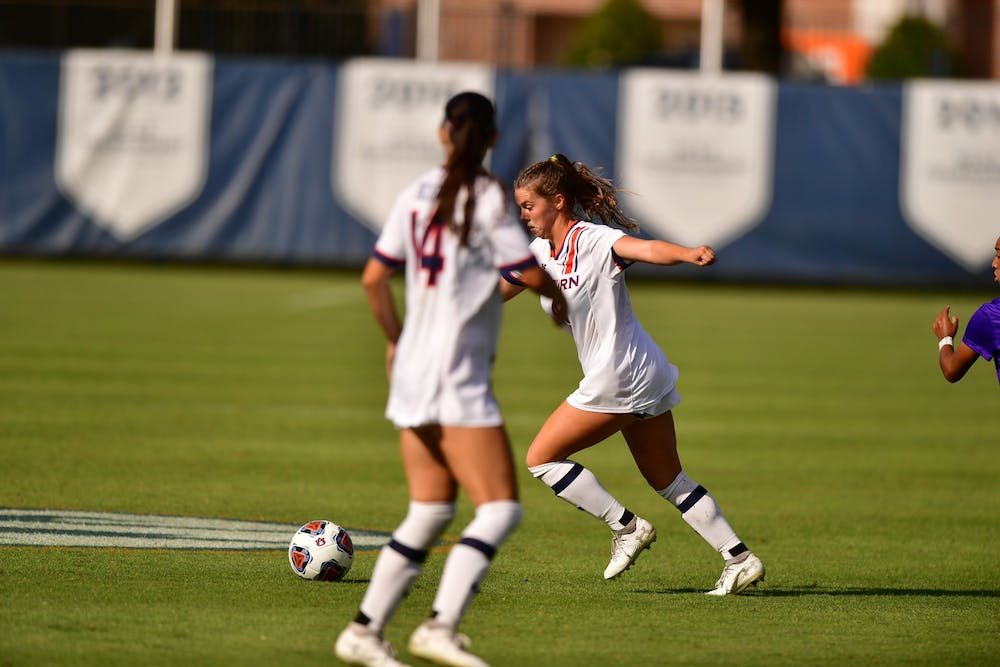 "We battled hard tonight against a very tough team," Tigers head coach Karen Hoppa said. "I thought we were better than last week, so we will look to build on tonight for Sunday."

The Razorbacks secured the game-winning goal with a pass from Anna Podojil to Jessica De Filippo, who quickly tucked the ball into the lower left of the Tiger's net. Following this matchup, Arkansas extended its streak to nine straight wins over the Auburn Tigers.

Sophomore Sydnie Thibodaux made her college career debut at attacking mid as the Tigers' offense went for a 4-3-3 formation. In early efforts, Thibodaux hit the first of the six total shots on the night at the 10th minute, but the Razorback keeper made the stop.

Redshirt junior Marissa Arias, Junior Anna Haddock and Colson made attempts to put points on the board, but, despite the efforts, the Tigers' offense fell short.

The Tigers are looking to bounce back and return home to host No. 13 Ole Miss on Sunday, Sept. 25 at 3 p.m. CT. In honor of Pups at the Pitch, fans are highly encouraged to bring their four-legged friends to the game.