The Tigers move to 2-0 after defeating San Jose State 24-16, Saturday night on the Plains 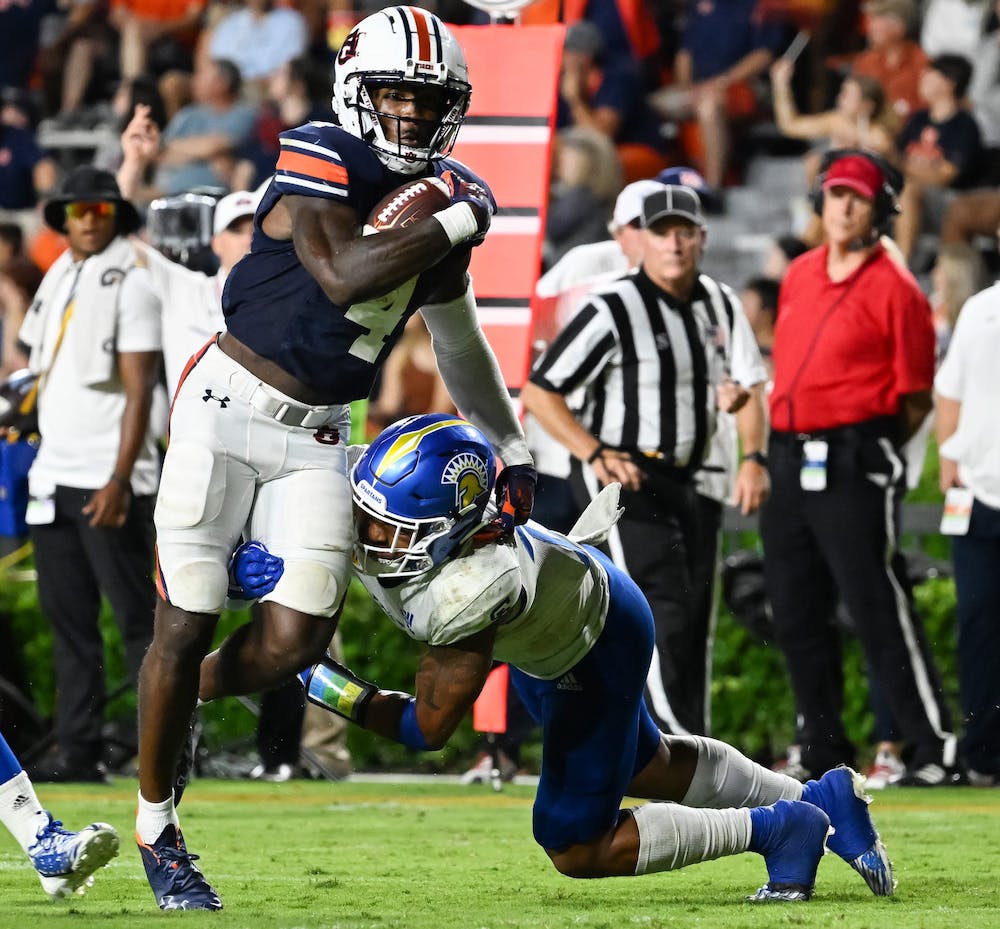 AUBURN, Ala. (EETV) - Saturday's win over San Jose State was not Auburn's best performance but ended in victory. Although the Tigers struggled to score in the first half, Auburn's 17 points in the second half were enough to propel them to a win.

"Just to finish and play well enough in the second half to win," said coach Bryan Harsin following the win. "We didn't do that at times on last year's team, so that was something that we emphasized from January, and we emphasized all through fall camp."

After ending last season on a five-game skid, coach Harsin is looking to right the ship, finishing every game strong and not leaving anything left in the tank. The Tigers kept playing hard, stuck with the game plan, and came out on top.

The story of Auburn's first half was the lack of offense. Outside of Jarquez Hunter's second-quarter touchdown, the Tigers struggled to produce.

It seems as though the Tigers will continue rolling with two quarterbacks seeing playing time with Finley primarily the passer and Ashford a ground threat.

Finley completed 13 of 20 passing attempts for 167 yards, along with a rushing touchdown. Ashford was the team's leading rusher in the game with 61 yards.

"I was like, 'Guys, I've got y'all. I'm not going to make any more mistakes, and we're going to win this game,'" said Finley following his interception. The junior quarterback completed 12 of 15 passes following his turnover.

Both running backs, Jarquez Hunter and Tank Bigsby had touchdowns for the second straight game. Hunter scored on a seven-yard rush in the second quarter to put the Tigers on the board. Bigsby scored on the Tigers' opening drive of the third quarter, cutting back across the goal line for a one-yard touchdown.

Auburn salvaged its first two touchdown drives with fourth-down conversions. Finley regained a handle on a botched snap, then tossed it to Bigsby, who picked up 11 yards after the catch.

The Auburn defense played much better in week two than last week versus Mercer. They were more characteristic this week by getting much more pressure on San Jose State quarterback Chevan Cordeiro. He was sacked three times by the Tigers' defense and hurried many more.

This Auburn defense is yet to force a turnover through 120 minutes of football. That will have to change if Auburn is going to succeed in their tough upcoming schedule.

The Tigers play next Saturday at 2:30 pm CT versus the Penn State Nittany Lions in a highly anticipated rematch from 2021. Auburn lost a close game in Happy Valley last season, so the Tigers are looking for revenge at home in 2022.