No. 11 Auburn defeats Army to extend unbeaten run to six 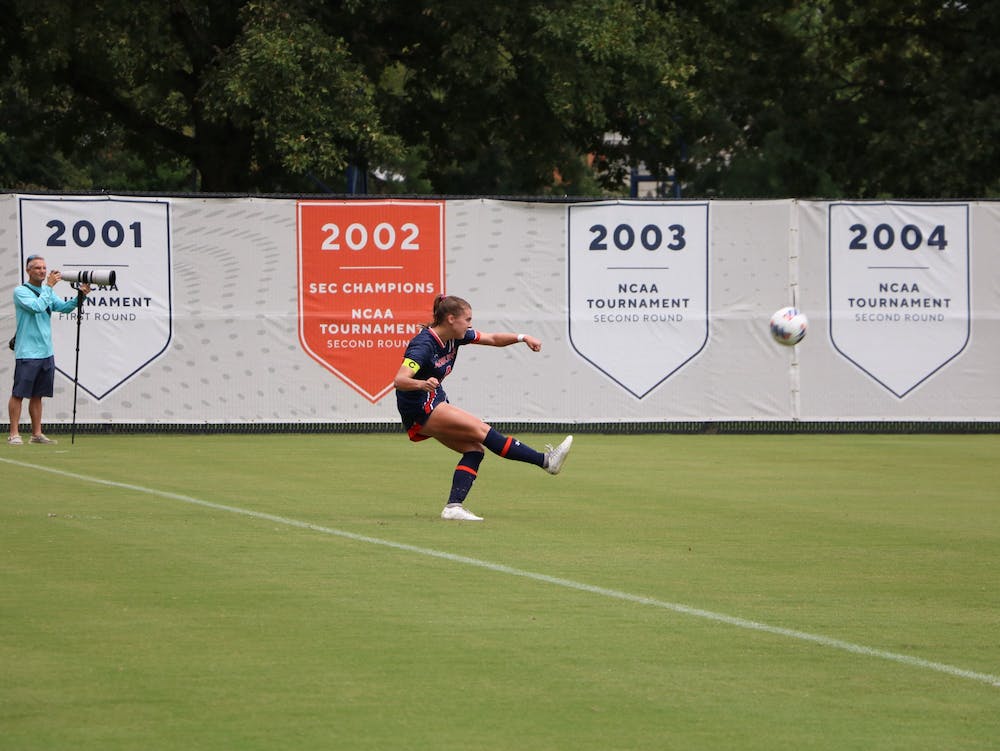 Photo by Zach Card | Eagle Eye TV
Anna Haddock (4) delivers ball into the box for Auburn against Army on Sunday, Sept. 4, 2022 at the Auburn Soccer Complex in Auburn, Ala.

AUBURN, Ala. (EETV) - M.E. Craven rises up to put Auburn ahead for the eventual win with her third game-winner in her five years on the plains.

Anna Haddock whipped a corner into the box where Craven did the rest and put it into the back of the net for the lone goal in a close matchup against Army, 1-0. With the win, No. 11 Auburn continues its unbeaten run to start the season at 3-0-3.

"It's always exciting when a defender scores," Craven said. "To be able to help us finally get one in and break our tie streak meant a lot to me and the team."

Haddock continues to prove why she was named to the 2022 Hermann trophy Watchlist for the best player in the country as she racks up her team-leading seventh point and joint-leading third assist with Sydney Richards.

The disciplined Army team allowed an array of shots (17) but only allowed two of them to be on goal, where Army goalkeeper Sage Strohman collected her one and only save of the match.

Auburn still has not allowed a goal in play this season, with the only goal coming during a penalty kick against No. 10 Florida State.

"Our defense has been communicating well and trusting in each other and covering for each other," Craven said, "so when one of us makes a mistake, the others step up. Today, it was a great feeling for the defense to keep playing strong and us be able to pull out the win."

Auburn hits the field again for its third straight home game on Thursday, Sept. 8, against UMass Lowell at 6:30 pm CT in the Auburn Soccer Complex.